As Nokia continues to restructure itself into a leaner, more efficient operation, the divestment of its non-core assets has been a key component of this process. Recently, the company confirmed plans to sell off and then lease back its global headquarters in Espoo, Finland - potentially raising over $300m - as it seeks every potential opportunity to top up its dwindling cash reserves and maintain liquidity, as its Windows Phone strategy is taking much longer to succeed than the company had previously hoped.

A major asset that Nokia has been planning to offload for some time is its Vertu luxury handset division. We reported way back in April that Nokia was seeking a buyer for Vertu, and Nokia itself confirmed this a few weeks later in June.

The sale of Vertu to private equity firm EQT VI has finally been completed for an undisclosed sum, although back in April, the company was believed to be worth around €200m EUR ($259m USD / £161m GBP at today's exchange rates); at that time, The Financial Times suggested that the real value of Vertu lay not in its handsets, but in its brand equity. Nokia will retain a 10% stake in the divested company.

Vertu has become famous for selling devices that offer little in terms of technological superiority, but which focus on superlative materials, including precious stones, metals and composites. Many of the company's handsets sell for a few thousand dollars, but some have reached truly stratospheric prices; a diamond-clad device was once available for over $300,000 (£187,000 / €231,000). 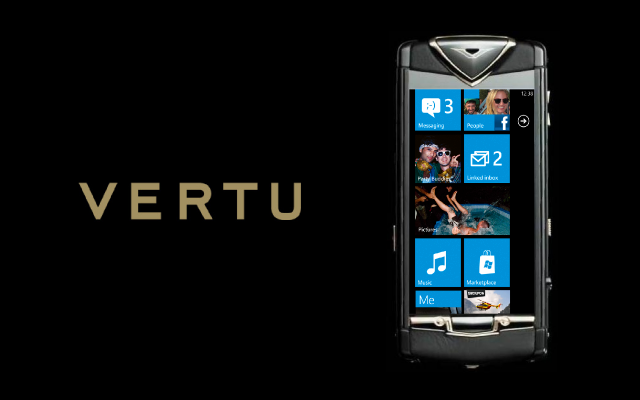 But while Vertu's customers may care more about what their phone looks like than what OS it runs, the company will know that it can't rely on the aging Symbian platform indefinitely. TechCrunch sources claim that Vertu's new phones will run Android - perhaps in part due to some lingering bitterness on the part of Anssi Vanjoki, the former Nokia executive who is expected to be named Vertu's CEO, and who was passed over for promotion to become Nokia's CEO in favour of Stephen Elop, who went on to lead the company into its stalled Windows Phone strategy.

Given the relative rarity of Windows Phones on the market - certainly compared with Android, which is expected to reach a billion activated devices next year - Windows Phone would certainly be a much more exclusive offering to Vertu's customers than the increasingly ubiquitous Google OS.

In mid-June, images emerged purporting to show a Vertu Windows Phone 8 handset, but nothing has been heard of this device since.