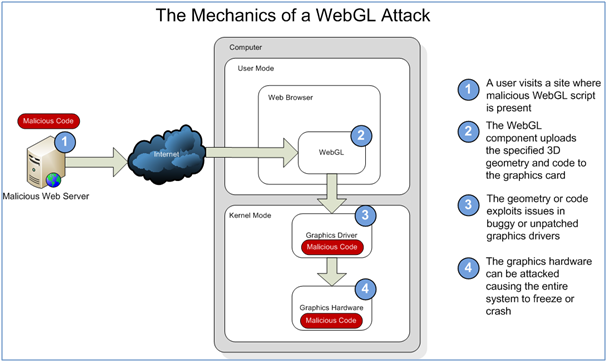 If you were counting on WebGL support in upcoming versions of Internet Explorer, you're out of luck for now. Microsoft made the decision to not support WebGL in its current form due to serious security concerns. WebGL, an emerging graphics API from the Khronos Group, is supported and enabled by default in Firefox and Chrome, can be turned on in Safari, and available in an experimental build of Opera.

Update: Firefox 5 will have WebGL disabled by default, according to this Mozilla Security post.