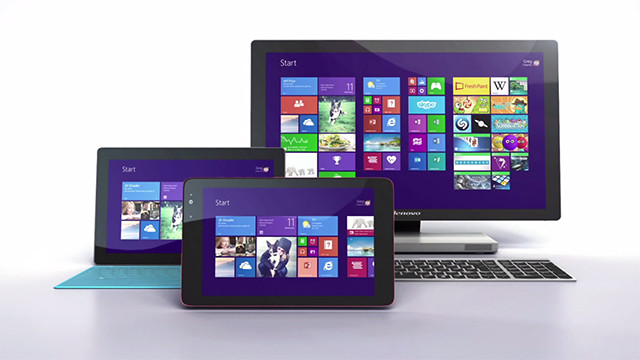 According to a report by The Verge, Microsoft executives are having a heated debate as to whether allowing Android apps on its operating systems would be beneficial. The report states that "some inside Microsoft favor the idea of simply enabling Android apps inside its Windows and Windows Phone Stores, while others believe it could lead to the death of the Windows platform altogether." Almost no additional information is given on Microsoft's alleged Android consideration, however, likely indicating that such talks are preliminary at best.

The news follows Intel's January announcement of its "Dual OS" strategy that would allow PC makers to dual boot Windows and Android on the same device and allow users to run the operating systems simultaneously, including Android apps on Windows. Third-party programs such as BlueStacks have allowed PC users to run Android apps on their Windows since 2011. In January, AMD announced a partnership with BlueStacks to have the virtualization software pre-loaded on some of its devices.

Nokia has also recently garnered attention for rumors that it's working on a smartphone that will run a heavily modified version of Android designed to look similar to Windows Phone. The smartphone, expected to be called the Nokia X, may be announced at the company's Mobile World Congress press conference later this month. Some have speculated that the low-end device would be the perfect way for Microsoft to expand its services, such as Skype, by bundling them on the smartphone.

Nokia's plans have led to a similar debate to the one allegedly raging inside Microsoft, with some saying Android shouldn't be forked – heavily modified in such a way that many key elements, such as the Google Play Store, are changed or removed – because its services are so tightly interwoven. In a recent editorial for Ars Technica, Peter Bright wrote that Microsoft, Nokia and other companies shouldn't fork Android because its designed to be an all-inclusive platform.

Steven Sinofsky, the father of Windows 8, even weighed in on the issue on Twitter, saying allowing other operating systems to run on Windows is the "very definition of infinite bugs and constraints down the road." He later stated that "mobile apps originated for [a] tiny screen," implying that they wouldn't be a good fit on Windows, before linking to a post on his blog, Learning by Shipping, about "forking responsibly."