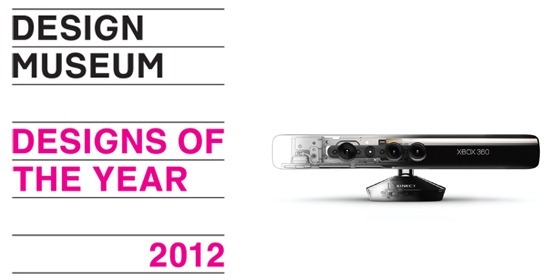 Microsoft's Kinect motion gesture device, along with its Kinect SDK developer tools, have won recognition from an interesting and very different outlet. The UK-based Design Museum has announced that Kinect has won in the Digital category in the organization's 2012 Designs of the Year awards. The awards were given out in London earlier this week.

The Designs of the Year competition is considered to be the "the Oscars of the design world" and are supposed to honor "the most innovative and progressive designs from around the world." Kinect beat out a number of other nominated works of digital-based design for its newest honor, including the BBC's newest website design and the iPad app created for The Guardian newspaper.

One of Microsoft's major technology partners also was honored with a Designs of the Year award for 2012. Nokia won in the Graphics category for its Nokia Pure font design which it launched in 2011. The font was created in a way that it can adjust for use with all languages.

Just for a point of comparison, the design for the Olympic Torch that was created for the 2012 Olympic Games was given the biggest award from the Design Museum, the Design of the Year for 2012.