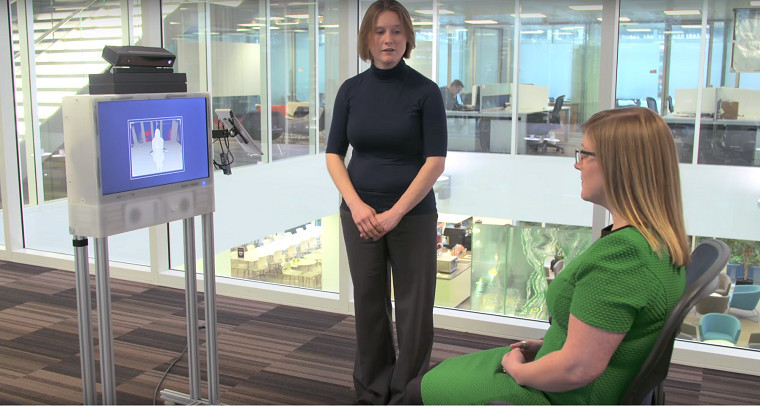 Multiple Sclerosis is an autoimmune disease that affects millions of people around the world, and that’s why Microsoft Research has teamed up with the medical company Novartis to try and do something about it.

MS, as the disease is widely known, comes about when the patient’s immune system starts attacking the person’s own neurons, damaging connections and leading to impaired movement, cognitive function and so on. It’s a disease that can vastly affect one’s quality of life, especially as it can be unpredictable so doctors might not know exactly if a patient is getting better or worse over time.

And this is where the Microsoft’s and Novartis’ partnership comes in, with the two companies working on a tool to help medical professionals in their diagnostic approach. The two companies are using Microsoft’s Kinect as a special tool, called Assess MS, that can carefully monitor and asses a patient’s movements to determine whether the disease is progressing or not.

Patients can come into a doctor’s office and go through a set of exercises designed to show whether they’re suffering from MS and whether their symptoms are getting worse. But until now doctors could only rely on their own observations and interpretation, meaning the results of the test were often times subjective and only a poor measure of how a patient was actually doing. But using the Kinect a doctor is now able to objectively measure how the patient is doing.

Of course this isn’t just your Xbox One-connected Kinect, instead it’s a tweaked version that has entirely new algorithms and relies on machine learning to identify potential symptoms of MS and compare a person’s movements to earlier performance.

After years of research and development the two teams have created a proof-of-concept model. This will further be enhanced by continuing the machine learning process and tweaking algorithms but hopefully it won’t be long until the technology behind Assess MS is in doctors’ offices and helping people.