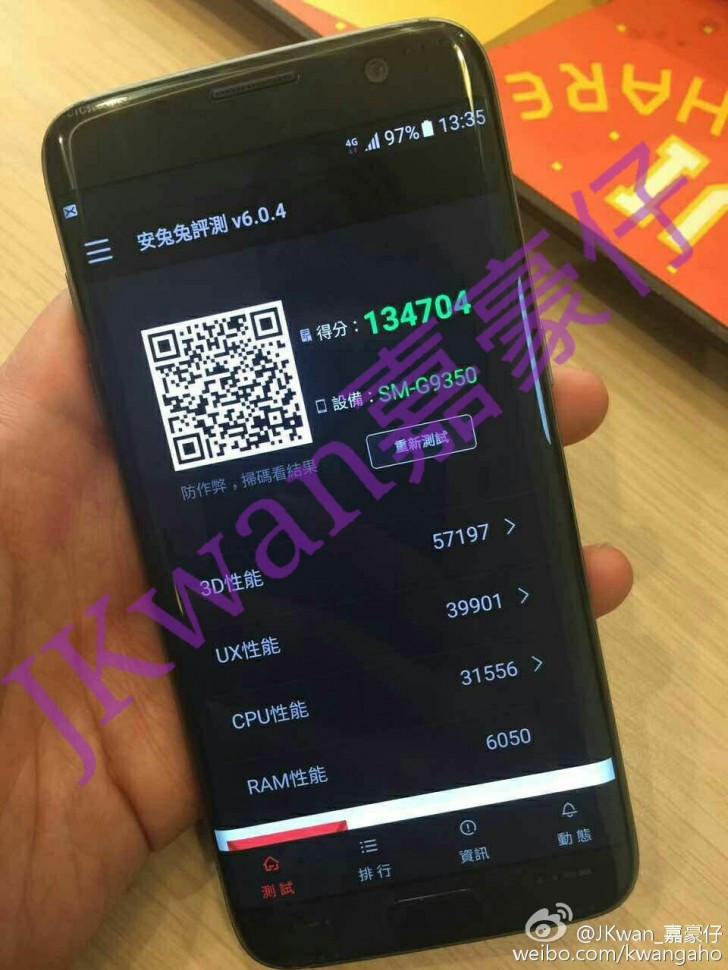 Samsung will unveil its new flagship Android handsets, the Galaxy S7 and S7 edge, later this month, following weeks of leaks and speculation about the devices. Yesterday, a photo emerged of the Galaxy S7, and its sibling has since been caught on camera too.

While the S7 was snapped from the rear - apparently confirming the disappearance of the handset's camera 'hump' - the Galaxy S7 edge has been pictured from the front in a photo published on Weibo by user 'kwangaho'.

AnTuTu benchmarking details shown on its dual-curved display reveal a score of 134,704, and identify the device as having model number SM-G9350.

Recent leaks indicate that the Galaxy S7 edge's specs will include a 5.5-inch display with Quad HD (2560x1440px) resolution, 4GB of RAM, and either a Qualcomm Snapdragon 820 or Exynos 8890 processor, depending on the market in which it's sold.

32GB and 64GB storage options have also been rumored, along with a microSD slot supporting cards up to 200GB, as well as a 3600mAh battery, and 12MP rear camera with enhanced low-light performance.