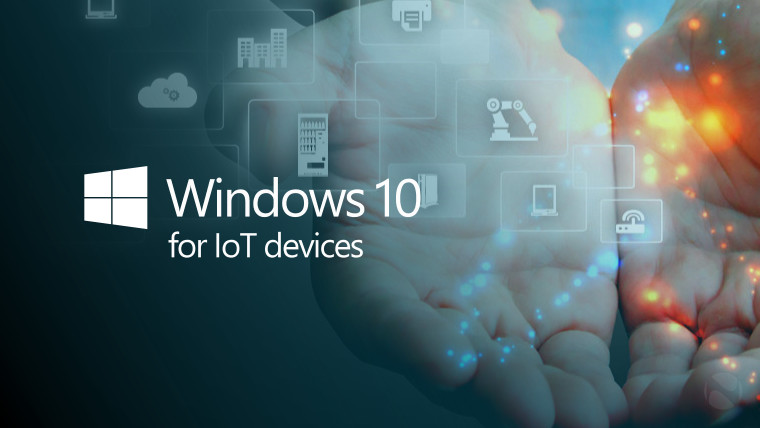 At CES in Las Vegas, Microsoft collaborated with Samsung to demonstrate scenarios enabled by the company's vision for the Internet of Things (IoT) with Windows 10. 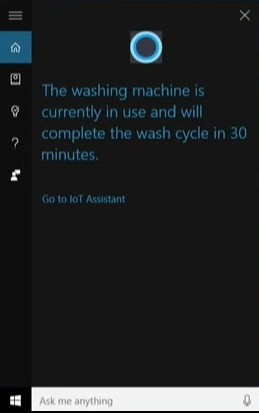 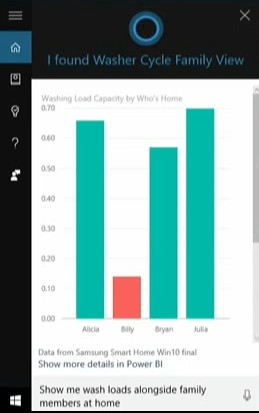 In one example, Roper asked Cortana if a washing machine was already in use and the digital assistant answered with an audible message and a graphic which showed when the current cycle would be complete; Roper noted that once the cycle completed, Windows 10 would be able to notify him. When asked to "show me wash loads alongside family members at home," Cortana displayed a bar graph with details related to washing machine load capacity used by each member of a household. 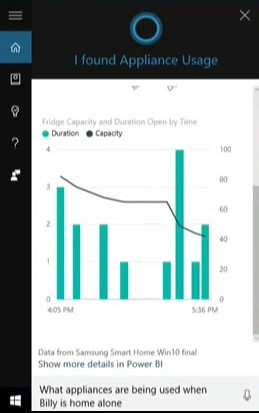 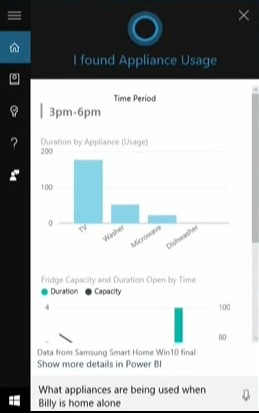 Cortana was also able to display how often appliances were used by a single household member and, in the case of a refrigerator, appliance capacity.

While some may question the practicality of the demonstrated scenarios, they are only an example of the functionality enabled by ubiquitous device connectivity and Universal apps operating across multiple device types and IoT with Windows 10:

Our demo on stage highlighted Windows 10 and Samsung IoT-ready appliances working together through a potential scenario of openness and collaboration, creating a future where people have more choice and ultimately can be more productive at home.

Microsoft's demonstration with Samsung takes place only a month after it announced a new Windows 10 'IoT Pro' SKU for manufacturers and it emphasizes the company's commitment to the prospects enabled by IoT and the Windows 10 platform.