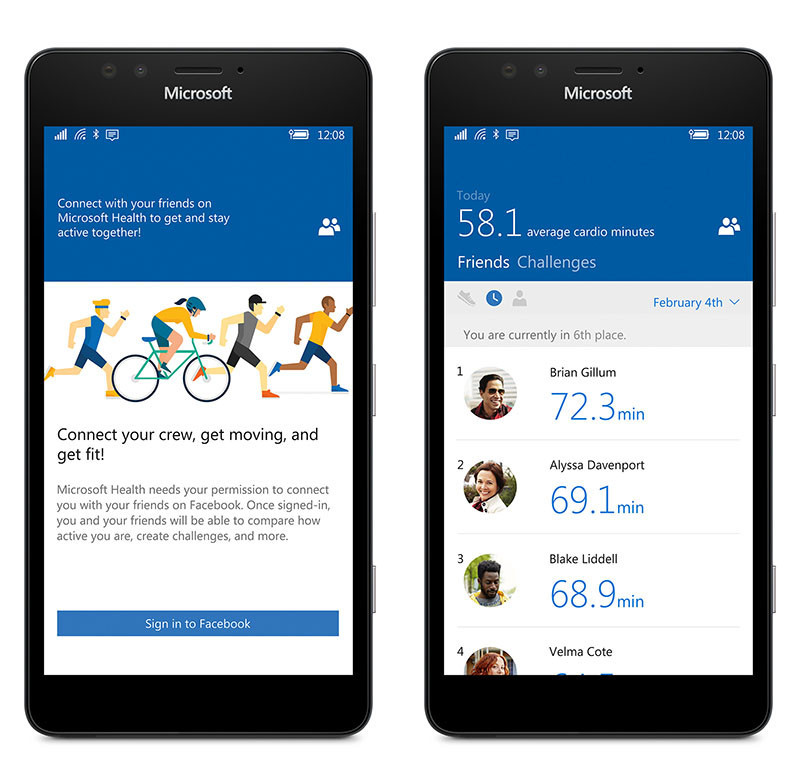 Microsoft announced some new social integration features for its Health app today. Users will now be able to compare their stats with those of their Facebook friends.

With Social Challenges and Leaderboards, create challenges for steps, calories burned, longest run or bike ride between you and your Facebook friends who also have a Microsoft Band. Challenges can be one, three, five or seven days.

Users that don't have a Microsoft Band or Band 2 can join in as well. Microsoft Health can use your phone to track steps and calories burned, no Band required.

Social leaderboards is a feature that Fitbit's platform has had for years, before Microsoft Band even existed. It's a feature that has been praised by users and it will certainly be a welcome addition to the Health platform.

The new features should be rolling out soon in an update to the Microsoft Health application.