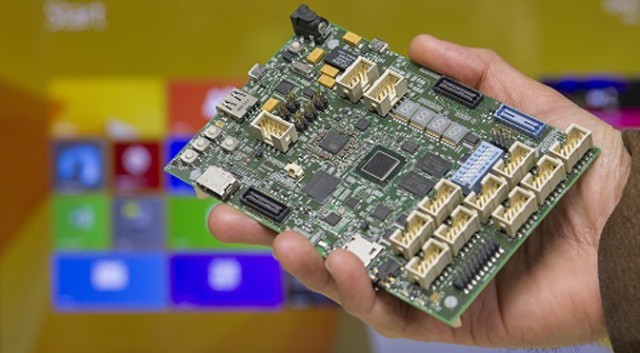 Mini PCs have become pretty popular, mainly for development purposes and the Raspberry Pi turned out to be a hit with its $35 price tag, while its latest version launching this month. It looks like Microsoft wants to get in on this market, hence the company announced Sharks Cove, a mini PC that aims to rival hardware like the Raspberry Pi and Beaglebone. Having a much steeper price tag, the device will come with Windows 8.1 and also features more power under the hood. 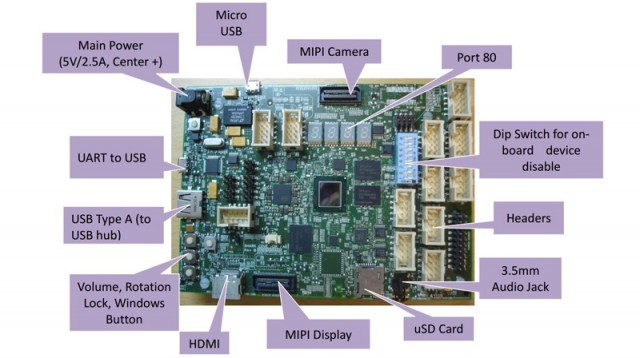 To begin with, the Sharks Cove's specifications are impressive for its 4x6-in size: a Bay Trail 1.3 (up to 1.88) GHz CPU, 1 GB RAM and 16 GB internal storage powers this mini beast. Apart from the internal specs, a 3.5 mm stereo jack and one HDMI port along with a USB 2.0 port are the devices' main connectivity ports.

Microsoft expects Sharks Cove to be mainly used for Windows development, though Android development is also supported. As a result, tons of pins are placed onboard for development needs. There is no WiFi or Ethernet onboard therefore the device relies on external solutions for networking.

An image of Windows 8.1 will be bundled with the device and as Microsoft claims, “utilities necessary to apply it to the Sharks Cove" will also be included. This results in Sharks Cove being a lot more expensive compared to the $35 Raspberry Pi -- a whopping $300.

According to Microsoft, unlike the Raspberry Pi, the Sharks Cove's main focus is Windows hardware and driver development which might tempt a certain group of developers. The company even goes further, describing the Sharks Cove as a "fully functional PC".

Despite the Sharks Cove's superiority in many ways, it will be a tough challenge for Microsoft to compete with the Raspberry Pi, especially with these price tags.

For those of you interested Sharks Cove is now available for pre-order.