Last night, Joe Belfiore reaffirmed Microsoft’s focus and commitment to the Chinese market. Ahead of the launch party for Cortana in China, the Windows Phone VP announced that Microsoft would be creating a special Beijing-based team to create tailored projects for the Chinese market. 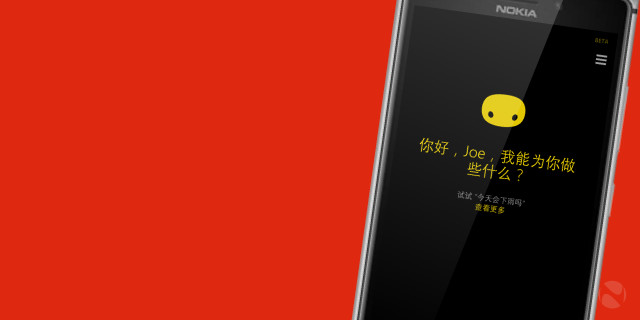 The reveal was made on Belfiore’s Weibo account and it hinted at future projects designed specifically for that region. The message read:

The work we've done with our Bing team on Cortana is quite specific to China… and in fact, we are forming a Beijing-based team within my group to focus on China-specific work for PCs, Phones and Tablets. Lots of good stuff to come!

Cortana, Microsoft’s personal assistant has received a lot of customization to work better for the Chinese people and culture. As such it looks and acts quite differently from the regular AI found in other regions. But Microsoft is convinced that this is the way forward, and tailoring region-specific experiences is nothing new for the company.

Having a permanent team in Beijing, designing new projects and region-specific features could prove a great strategy. If Microsoft captures a decent amount of the Chinese market Windows Phone could finally see significant adoption, and eventual financial success.

However, all of this comes during a period of strained relationships between Microsoft and the Chinese government who seems to be out to get the software maker. Here’s hoping Belfiore’s team will help with this relationship, and won’t have their offices raided.