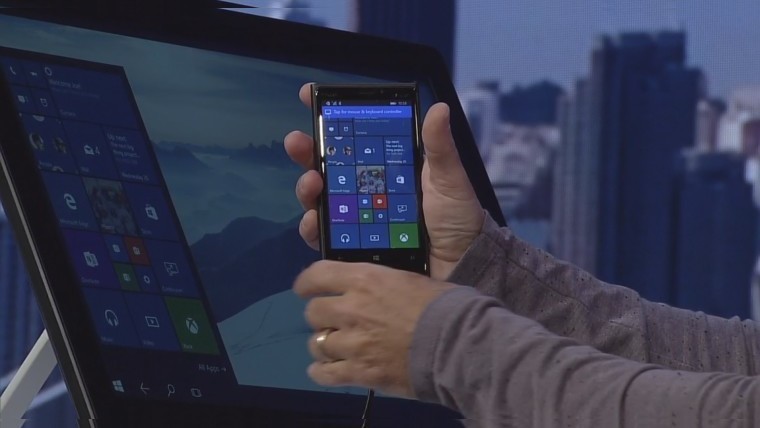 With no flagships announced, software that is on other platforms and a weak app store for the better part of a year, many consumers have been asking what is the value proposition of Windows Phone. Up until last week, Microsoft did not have an answer that they were publicly willing to share but now we know how the company will respond to this question going forward.

Continuum for phones, that is coming with Windows 10, is Microsoft's ace up the sleeve. The feature, which requires new hardware and will be arriving in new devices this summer, is the 'killer' feature that you can only get on Windows 10 for phones and it will not be easily replicated by any other player in the market.

What this feature allows you to do is take your phone, connect it to a keyboard, mouse and monitor and use the device like a desktop PC. This isn't a watered down experience either, because of how Universal apps are designed, you can run all of the Office apps just like you would on the desktop with most of the features being present as well. While we know this may not be a feature everyone will use on day one, it's easy to see how this functionality will one day replace your laptop.

Looking at how quickly smartphones have progressed over the past 10 years, it's fair to say that the devices of today are at least as powerful, if not more so, than the laptops of ten, maybe even five years ago. If you think about where the smartphone is headed in the next five years or so, you can only imagine how much horsepower will be under the glass in future devices. 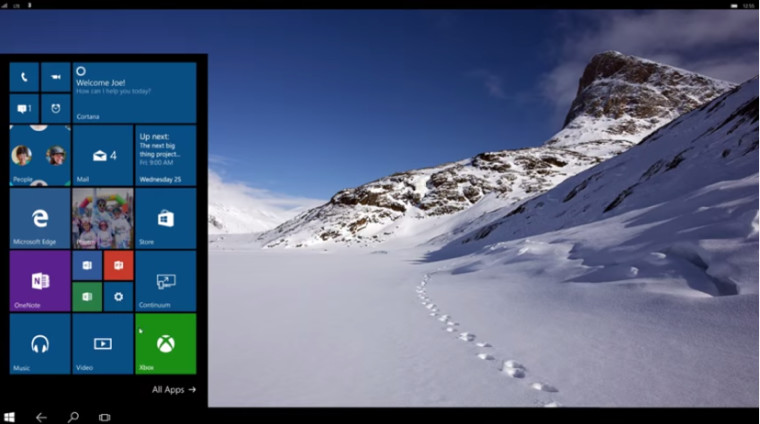 Phone continuum will likely never replace developer machines or those used for video/photo editing but for some users who only need email, chat and web browsing, this scenario is a very real solution to consolidating their technology.

There are other reasons to choose Microsoft's mobile platform like Cortana and the many new security features that offer a better ecosystem when you are already using a Windows PC. But for a quick, one sentence answer that is easily directed at consumers, Contiuum is the marketing word of choice as it is not only new but forward looking as well.

When it comes to 'killer' features, Cortana, while better than Siri and on equal footing to Google Now, has competitors that currently exists but Contiuum is unmatched. Yes, there were previous devices that tried to replicate this experience but they were limited to a few handsets and the apps were simply phone apps on a larger screen; they never gained much attention.

While Microsoft hopes that its new iOS/Android app porting strategy will fill out its store and they will consistently update Cortana, Continuum is the new show pony for the platform.