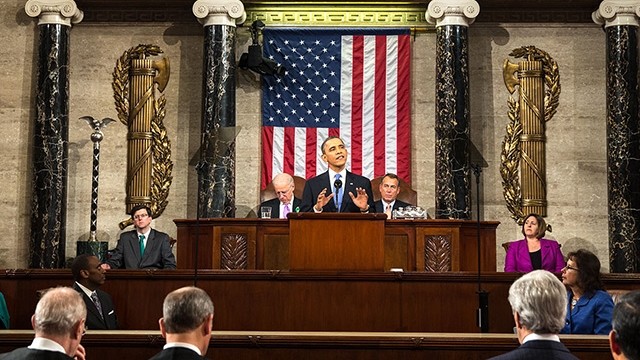 President Barack Obama cited Microsoft and Apple in his State of the Union address as allies in his plan to help the U.S. government provide high-speed broadband to U.S. students, an initiative that has already impacted more than 15,000 schools.

During his State of the Union address on Wednesday, Obama reiterated plans to provide 99 percent of U.S. students with high-speed broadband access at their schools over the next four years. He added that the government has received support from companies to help get the project underway, two of which are Microsoft and Apple.

"Tonight, I can announce that with the support of the FCC and companies like Apple, Microsoft, Sprint, and Verizon, we’ve got a down payment to start connecting more than 15,000 schools and 20 million students over the next two years, without adding a dime to the deficit," Obama said.

His statements didn't clarify if the companies would be providing funds or technology and equipment, though he was possibly referring to the FCC's E-Rate program, which Microsoft offers products and services through.

Obama's educational broadband initiative, known as ConnectED, aims to give schools access to broadband with speeds of at least 100Mbps, though it's targeting speeds of 1Gbps. According to a White House blog post shortly after the program's announcement last year, less than 20 percent of teachers said their schools' Internet connections met teaching needs.

Microsoft's Twitter account said the company is "ready to answer the call" of the tech industry providing more investments in education, adding that more information on the company's commitment will be released soon.