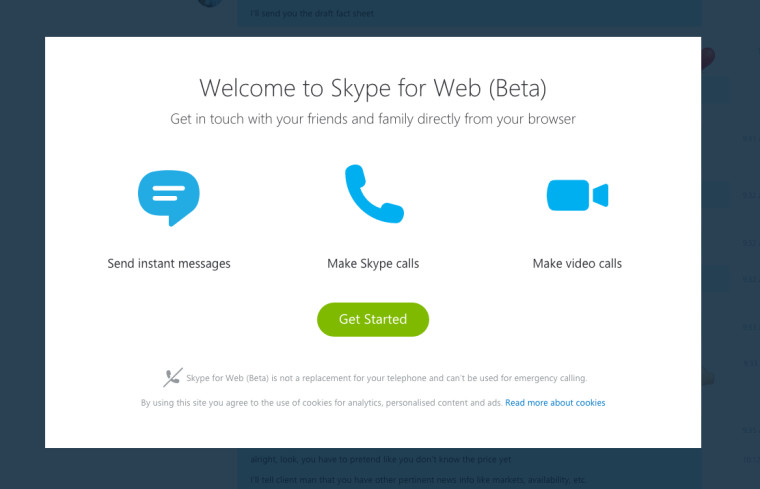 Microsoft's Skype services is used by millions of consumers around the world but one area that the platform has not been accessible until today, has been through a web browser outside of Outlook.com. Hot on the heels of the announcement regarding Skype being overhauled inside of Outlook, by going to Skype.com, you can now access the service even if you do not use Outlook.

Seeing that Skype has apps on every major platform, not having a web component of the service was not a huge deal, but for those times when you need to access the messaging platform and cannot get to your smartphone or PC, you now have an online option. That is, if you live in the UK or US.

Microsoft is limiting this beta to only the US and UK at this time but once the beta period is over, the web service will likely be opened up to all users around the globe.

Skype says that they have hundreds of millions of users visiting Skype.com every month and that this feature was a top priority for those users.

While the company is moving forward with their web service, one point they have not been as open about is their plans with Windows 10. The Skype team did release mockups in January that showed the direction they are heading towards with the app but it does not look like that it is going to make its way to Windows 10 in time for launch.