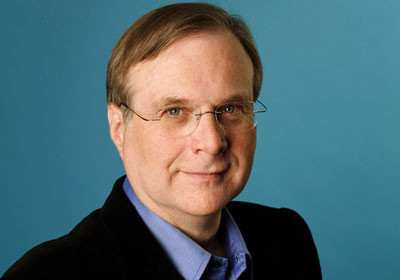 Microsoft co-founder Paul Allen still has a lot of money, even though he left Microsoft in 1983. His personal worth is said to be about $15 billion, thanks to his holdings in Microsoft and other companies. Now Allen is going to put some of that money into new technology and Internet ventures.

Reuters reports that Allen plans to open an investment office in the Silicon Valley area of California, specifically in Palo Alto, sometime in the next few weeks as part of Allen's Vulcan Capital division. Paul Ghaffari, the company's chief investment officer, states that it wants to "expand our footprint in broad tech investments" in Silicon Valley-based companies. The actual leader of the Palo Alto office has yet to be named.

While Allen has a lot of cash to give out, some companies in the area may feel uneasy about taking it. That's because in 2010, Allen filed a lawsuit against a number of major Silicon Valley-based businesses, including Apple, Facebook and Google. Allen claims that those companies and others violated patents that Allen owned via Interval Research, which Allen co-founded in 1992 but closed down in 2000. The lawsuit has yet to come to a resolution.