In August, Microsoft may have inadvertently leaked out that the company was changing the name of its Windows Phone app download service from Windows Phone Marketplace to the much similar Windows Phone Store. Today, the company made the name change official, along with news of some improvements to the store front.

In a post on the Windows Phone blog, Microsoft said the newly renamed Windows Phone Store is now going to use Bing to power its search results. In addtion, there will be some more options for Windows Phone app filtering. It states:

In the Store, for example, you’ll now see Top Free and Top Paid. The renamed and improved New+Rising list is not only refreshed more frequently, but takes into consideration how quickly an app is being downloaded. A new addition to the lineup—Best Rated—ranks apps based on customer ratings and actual usage patterns for a more nuanced picture of what’s great.

Microsoft said that Windows Phone apps with more adult content will now be less viable in the Windows Phone Store, adding, "We’ll continue to carry apps in this genre that meet our certification criteria and display them in search results. They’ll just be less front and center to casual browsers, a group that can include younger family members." Every app will also have a "Report concern" option if people want to express their issues with an app to Microsoft. 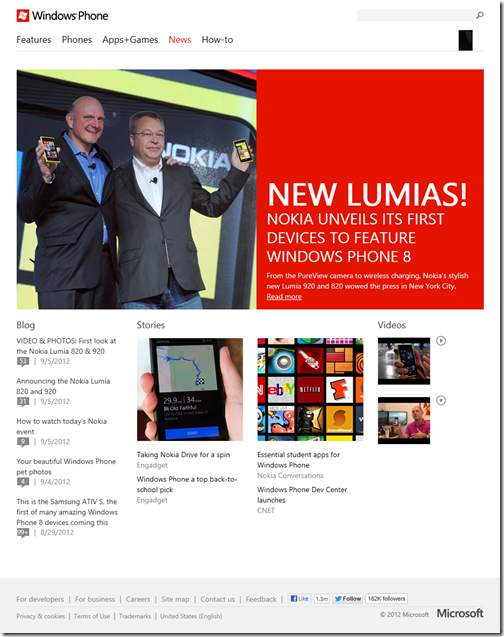 Microsoft also said it was also going to make some design changes to the official Windows Phone website. The changes will first be seen in Australia and New Zealand and will be gradually changed in the coming weeks in other parts of the world.