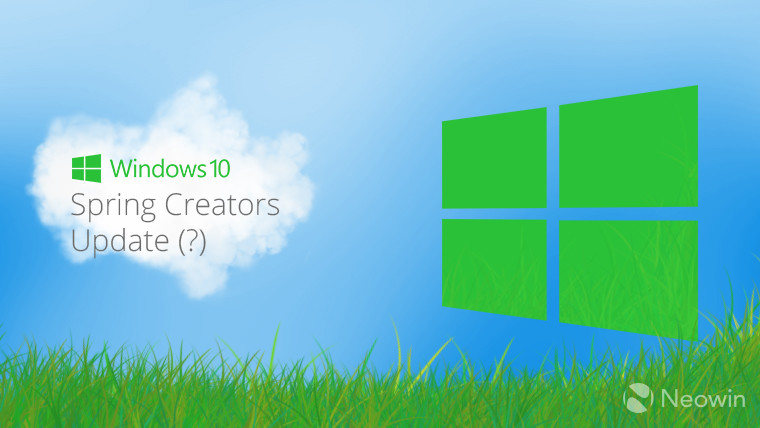 Microsoft has been fairly tight-lipped about the next feature update to Windows 10. We know what's coming, due to Insider Preview builds, but the firm hasn't announced what it will be called, or when it's coming. The 1803 version number indicates that it will be finalized this month, but that doesn't mean it will be generally available.

According to a Microsoft Developer blog post that was published in February and then modified today, the Windows 10 spring update will land for the public in April, confirming everyone's suspicions. It also says that support for the update will end in October 2019, giving it the standard 18 months. If it's like previous versions though, Microsoft will end up extending it for an additional six months, which might make one wonder why the company doesn't just give it two years of support from the beginning.

The document also lists the 'Initial Build' as 17115, which would imply that the current Fast and Slow ring build is indeed the RTM, or the one that non-Insiders will get. We can confirm that this is not the case; in fact, it can't be. Xbox One uses Windows 10 as well, and the Preview Alpha ring is already on build 17118. Despite Windows 10 and Xbox One having different version numbers for Redstone 4 (1803 and 1804, respectively), they will land on the same major build number.

Obviously, we're all still waiting on a specific date in April that Microsoft will release the spring update, and to find out what it will be called. All signs point to it being the Spring Creators Update, but that's still not official.