Cast your mind all the way back to June of this year, when Microsoft formally made its first official announcement about Windows Phone 8. At the same event, it disappointed early adopters of its Windows Phone 7 platform by confirming that their handsets would not be eligible for upgrade to the new OS.

But the company also said that it wouldn't leave those faithful users completely out in the cold, promising to deliver an update that would bring new features, including the new-style Start screen, to first- and second-generation devices. But since that announcement, almost nothing has been discussed by Microsoft about Windows Phone 7.8. Until now. 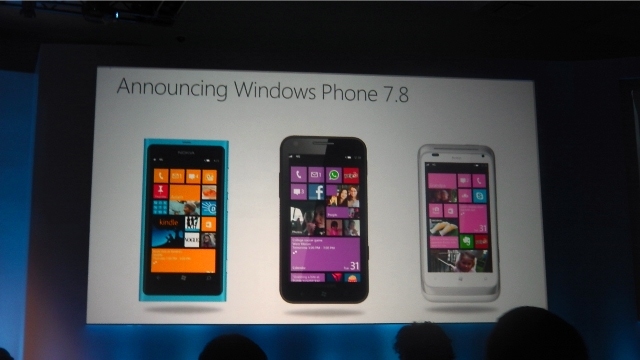 At long last, Microsoft has broken its silence on the 7.8 update. In a blog post, Terry Myerson, corporate vice president for Windows Phone, has now confirmed some of the features that the update will bring, including a greater selection of OS 'accent colours' (20 in total), and improved lock screen features such as the Bing Picture of the Day.

Sadly, there doesn't seem to be much in the way of features here that we haven't heard already - and if you were expecting good news regarding availability, you'll probably want to sit down and pour yourself a drink. Microsoft is commiting to getting the update "tested, approved and rolled out to as many devices as possible in early 2013", so those rumours suggesting it might starting being delivered to devices this week were evidently pretty wide of the mark.

The wording there also implies that not all devices will be updated; we've already had it confirmed by LG that the Optimus 7 won't see 7.8, but it's not yet clear if other devices will join the list of handsets that won't see the OS upgrade. One other device that seems unlikely to see 7.8 is the Dell Venue Pro, a handset that had something of a troubled life before it was finally withdrawn from sale in March of this year. The last update delivered to the Dell Windows Phone was 7.5 Mango.

Myerson also confirmed that new handsets with 7.8 are already beginning to launch, and will continue to do so in order to reach "a range of lower price points"; we've recently seen entry-level devices such as the Nokia Lumia 510 being announced with Windows Phone 7.5, while the Alcatel OneTouch is expected to launch with 7.8 soon.