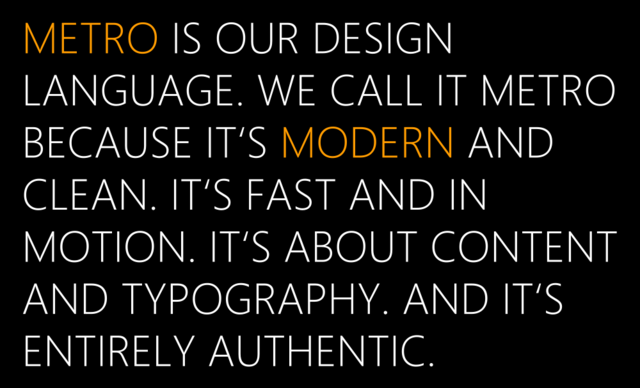 In early August, rumors started to hit the Internet that Microsoft was no longer going to refer to the design style in Windows 8 as "Metro." For its part, Microsoft has never really commented officially, saying only, and in a very vague way, that "Metro" was just an early code name for the design style and that the company would use something else when Windows 8 launched.

While some reports have had Microsoft refer to the Metro style as "Modern" in some documents, some other sources seemed to indicate that the company was using "Microsoft Design Style". It now appears that is indeed the case. The new information comes from the BUILD 2012 web site, specifically from the schedule of events for the developer conference that went live today.

BUILD 2012 is scheduled to start on Tuesday at Microsoft's Redmond, Washington headquarters, where thousands of Windows developers are expected to attend and learn about the new things Microsoft has been working on for them. Neowin will be on the ground reporting on many of the events at BUILD 2012.