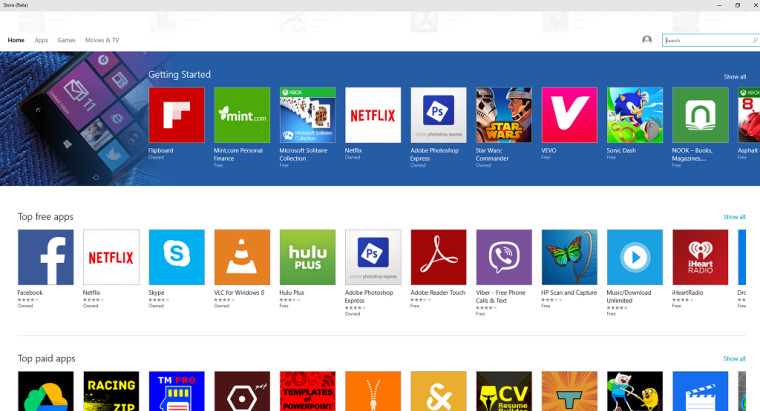 Microsoft is constantly working toward improving the Store experience for users and developers alike, not only by removing clutter and increasing the number of quality apps populating the Store but also by making discovery and search easier, benefiting both the users and the developers. A new blog post by Microsoft employee Bernardo Zamora goes over some of the changes coming to the Store with Windows 10. This is certainly becoming important as Microsoft seeks to unify its Mobile and desktop stores and also as it rolls out Universal Apps.

First off, Microsoft is making significant changes to the way search works in the store, optimizing them for the different types of content found within the Store and also modifying the way results are shown:

There have also been significant changes to app listing and the web Store - I've listed some of the most significant below:

On the issue of Ratings and Reviews:

While these improvements do provide a better experience for users and developers alike, the absence of critical features like app version and device compatibility indicate that the Store is still a work in progress. Developers will receive the updated .NET Native tools on July 29 and will also be able to submit their new Universal Apps on the same day but the lack of certain features may draw some ire from developers.

You can read the full post from the source link below.