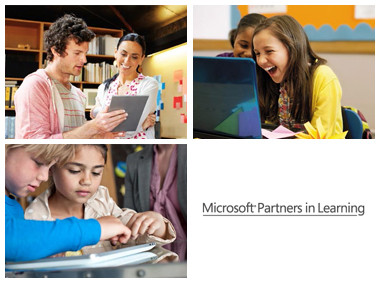 Partners in Learning helps educators and school leaders connect, collaborate, create and share so students can realize their greatest potential. The online Partners in Learning Network is one of the world’s largest global professional networks for educators, connecting millions of teachers and school leaders around the world in a community of professional development.

The program started in 2003 and since then Microsoft says it has helped to train and improve education resources for over 11 million teachers worldwide. Those teachers have reached more than 200 million students in 119 countries. This new donation to Partners in Learning will increase the company's total contribution to $750 million over a 15 year period and allow it to reach a total of 20 million teachers by 2018.

We’ve taken on whole-school improvement, delivered software and mobile technology tools for educators and learners, and started a global conversation with policymakers about how government can be a catalyst for change in education. The work was and is mission-critical, and it isn’t hyperbole to state that the future of the world economy depends on the quality of our teachers.