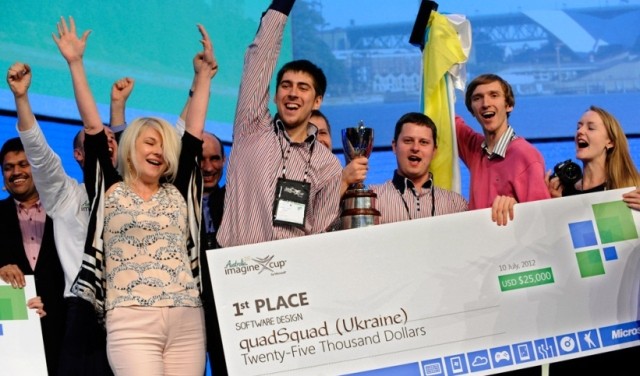 The team that won last year's Imagine Cup competition for software design was from the Ukraine.

For teams interested in competing in some of Imagine Cup's challenges but have been in a food-induced coma from the holidays to finish the challenge quiz requirement, good news: Microsoft's extending the deadlines.

Imagine Cup is a series of Microsoft competitions in which teams of students from around the world are invited to compete with each other for a chance to win monetary prizes of up to $10,000. Finalists in this year's competitions will also receive free trips to St. Petersberg, Russia, next July for an opportunity to compete in the 2013 worldwide finals.

In a post on the Imagine Cup website today, Microsoft announced the Windows 8 App Challenge, Windows Azure Challenge, or Windows Phone Challenge quizzes have been extended a month, from Jan. 15 to Feb. 15. The post cited the various December and January holidays around the world as a reason for the shift, which should allow more teams to participate in the quizzes.