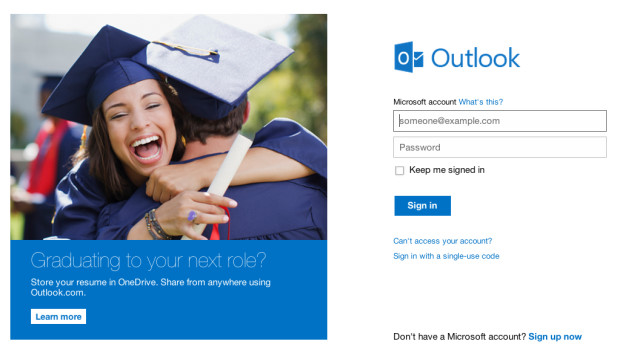 Data privacy has become a focal point for many consumers after it was revealed that the NSA was running free with our data. There was also the issue where Microsoft went snooping through one of its own email accounts to take down someone who was trying to sell Microsoft intellectual properties.

While the two events mentioned above are unrelated, they both highlight the fact that your data was accessed by those to whom you have not given explicit permission to view your content. In an effort to make you feel more secure about using Microsoft services, the company is making big strides in security by encrypting inbound and outbound emails as well as your data transfers with OneDrive.

For emails, Microsoft is now using Transport Layer Security for inbound and outbound emails which means that when your email is traveling from server to server, it is now encrypted. This is not limited to internal Microsoft servers - any email provider that supports this feature will now be able to send and receive encrypted emails from Outlook.com.

With OneDrive, PFS (perfect forward secrecy) encryption is now supported too. This means that when you are transferring data between OneDrive and your local client, it is now more secure and makes it much harder for attackers to decrypt connections between your client and Microsoft.

These additions are fantastic for the platform and are certainly a welcomed addition. But we can't help wondering why it took so long for these feature to be brought to these platforms. You would think that data security would be the top priority for Microsoft, especially with OneDrive, prior to the NSA scandal. While we are happy that these features are now in place, it is still a reactionary move, and in the world of storing sensitive personal data, we - and many users, no doubt - would prefer proactive measures instead.