Most of us take for granted all of the wonderful technologies that surround us, complaining when things aren't 'just so', or getting utterly exasperated at usability nightmares like how inconveniently a button is placed on the screen. But for some, using technology can be a genuinely excruciating experience, and even an exclusive one, with devices designed for the many often neglecting the needs of the few.

But just as technology can raise barriers that prevent some from accessing and using it, it can also smash barriers down to help make life that little bit easier.

In 2012, for example, we reported on a man who had used Microsoft's Kinect motion sensor to create a simple interface that his mother could use to write emails, after a severe stroke left her suffering with aphasia. Last year, we covered another innovation, in which simple Kinect-based games were being used to help stroke survivors in their recovery and rehabilitation, after losing some of their mobility. 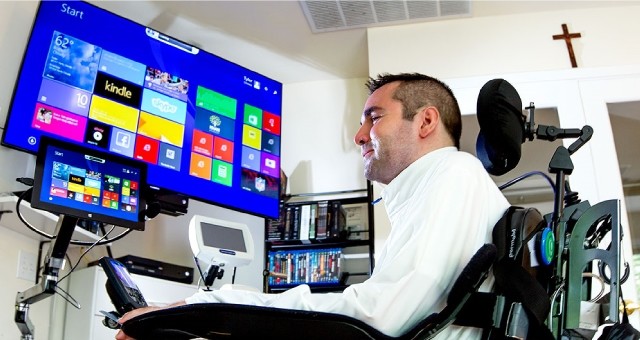 Today, we share with you another example of how widely-available technology can be used to make life easier for those who need it most. Two years ago, 29-year-old Tyler Schrenk was in a diving accident, which left him paralysed from the neck down. Unable to use his hands, simple tasks like reading or switching on the TV became far greater challenges. Tools were available to help him read e-books or open his emails, but it would often take several minutes even to perform these tasks. 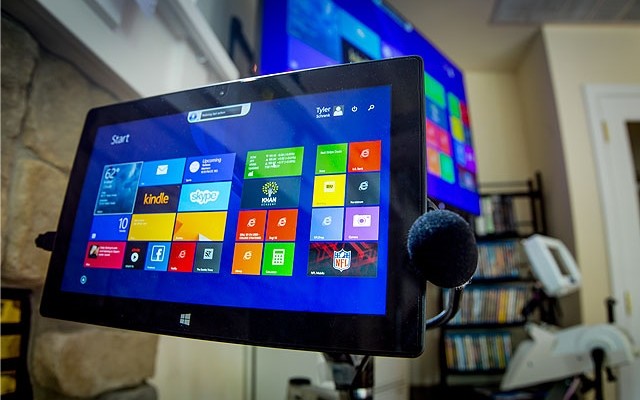 But things changed when Schrenk met Jose Blakeley, a Microsoft software engineer, through his church. Blakeley introduced him to the original Surface Pro, including Windows 8's speech recognition software, along with a voice-operated mouse and various other features to help Schrenk to interact with the system without needing to touch it.

It didn't take long for Schrenk to get the hang of things, but it did need some improvements and customisations before it worked properly - his respirator, pump and air conditioner all generated such noise that they created interference with his voice interactions. But the two men came up with a solution, and Blakeley attached the Surface Pro to Schrenk's wheelchair, along with a Koss C100 microphone connected to the tablet, to help pick up his voice commands. 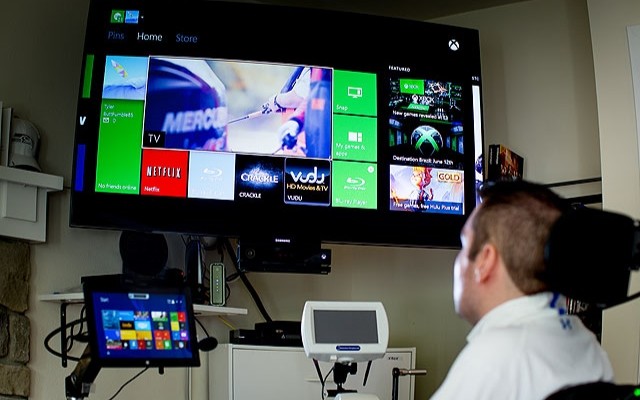 After that, it was all smooth sailing. "I can do a lot more of the things that I used to do before," Schrenk says. "I can handle more of my own stuff." From reading e-books and working in Microsoft Office, to browsing and searching the web, the set-up has given him far more freedom to stay connected and to engage with the digital world. "If nothing else, the Surface opened my eyes," he added, "and I realised the possibility of doing much more than just occasionally checking my email."

Beyond just the Surface, Schrenk has since purchased an Xbox One, and with its Kinect voice control integration, he can now watch television shows and movies with ease. "It's cool," he says. "I was able to use it out-of-the-box without any upgrades."

Since forming his friendship with Blakeley and being introduced to the Surface Pro and Kinect on the Xbox One, Schrenk has now enrolled in computer science classes, and hopes to eventually find employment as a programmer. "I just don't want to have my injury stop me from achieving my dreams and aspirations," he said, "and technology is giving me a way to continue on with my life."