New information about the next major version of Windows has been coming through thick and fast in recent weeks, with many of the most exciting details revealed exclusively here on Neowin, long before they showed up in the videos that have leaked more recently.

But one aspect of the new OS that remains somewhat unclear is its name: just what will the new Windows be called? Its internal development codename is 'Threshold', of course, but it is also widely referred to as 'Windows 9'. 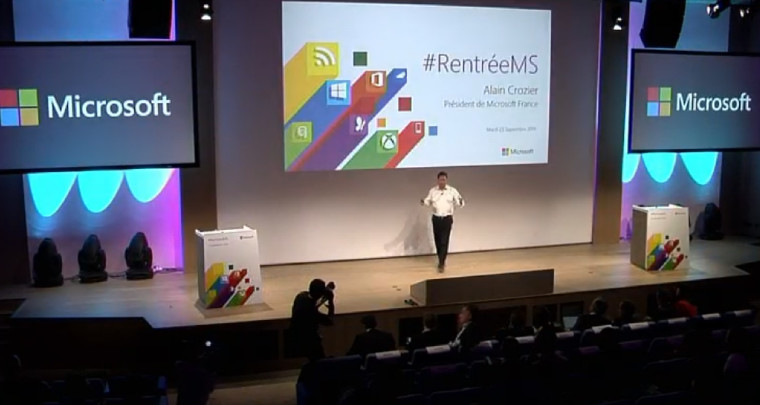 As WPCentral reports, the Windows 9 moniker was actually mentioned today by the president of Microsoft France, Alain Crozier - and this may well be the first instance of a senior Microsoft figure using that name publicly.

Crozier was speaking at a press event which was also streamed online, at which he said that "in the next few days, we'll be releasing Windows 9." That was likely a reference to the event being held in San Francisco next week, at which it will officially share details about the new OS for the first time.

Although an enterprise-focused 'Technical Preview' is being prepared for release, don't expect it to be made available on the same day, September 30, as the event itself. Various sources indicate that Microsoft won't actually 'release' the preview of Windows 9 - or whatever it ends up being called - to users until early October.

Update: John Callaham over at WPCentral gave us a heads-up that Microsoft has *cough* 'clarified' Crozier's comments. In a statement to ZDNet France, Nicolas Petit - head of marketing and operations for Microsoft France - said: "We look forward to seeing you in late September in San Francisco for the future of Windows, which actually, at this stage, does not have a name as such."

Make of that what you will...