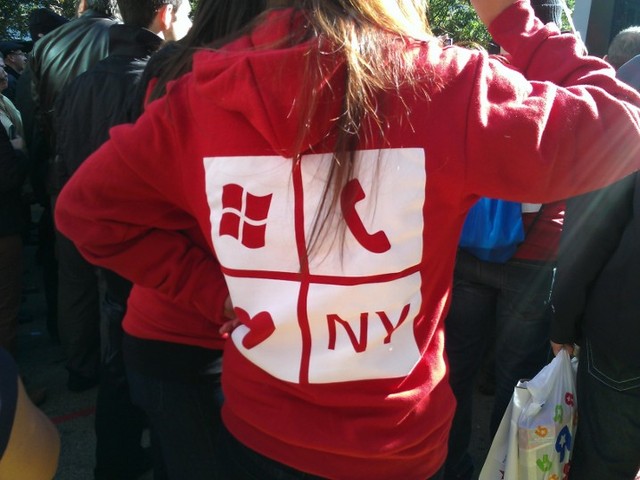 Today, Microsoft was literally giving away Windows Phone devices at a launch event in New York City, where the company created a giant Windows Phone replica (that actually was a giant display, not static).

It's clear that the company thinks that the devices are going to be a hit, and the party today was no let down. Ben the PC guy took the stage inside the giant Windows Phone and talked about how great the devices were before giving a whole lot away, according to his Twitter account. 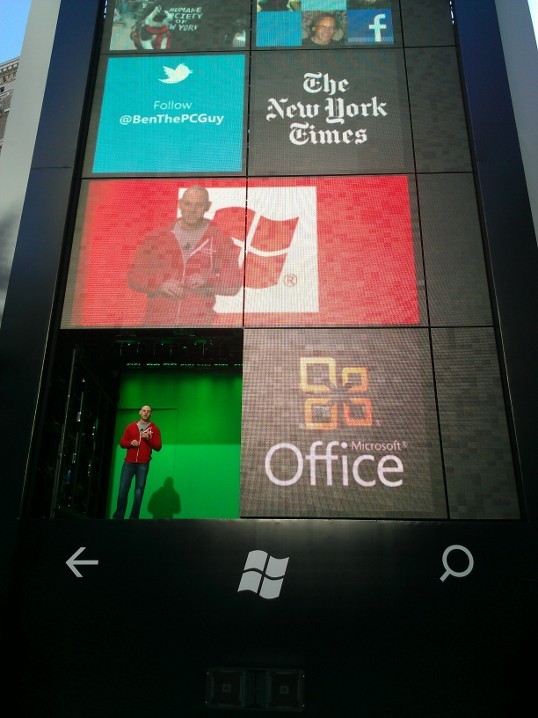 Microsoft had it's usual advertising gimmicks out to play, with a Mango Cafe on site, bands inside the giant phone and massive amounts of phone advertising everywhere. 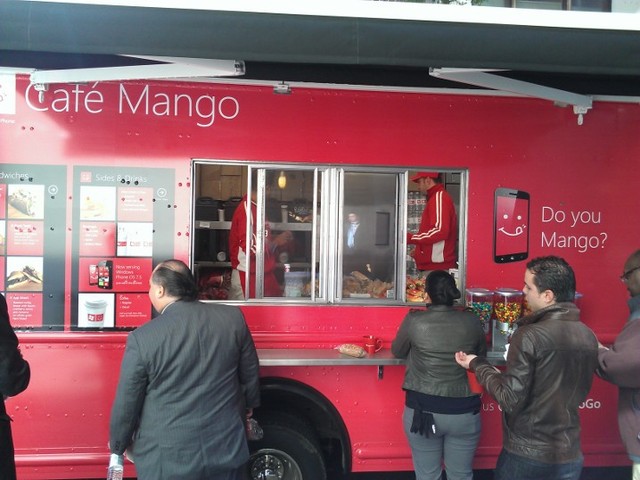 No big plans for Windows Phone were announced at the event, however the company did unveil that Spotify is officially coming to the platform today, and is available now in the marketplace. The company did repeat what we kind of already know at the event about devices becoming available:

If you attended the event and have any great stories or photos, let us know in the comments!