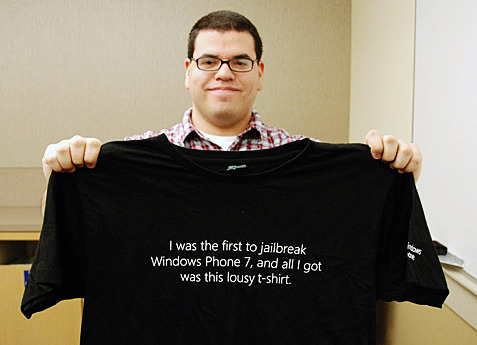 Jailbreaking has always been a source of contention between hardware providers and the hobbyists who enjoy the products. Sony is notorious for suing people who attempt to use their products outside of the intended use and Apple claims that jailbreaking violates their copyright. Now, despite commercials depicting the hip Apple user and the stodgy PC user, it appears that Microsoft is taking the “cool” route by partnering with ChevronWP7 to provide an authorized way to jailbreak your WP7 phone.

According to ChevronWP7’s website, “As announced on the Windows Phone Dev Podcast, we will soon be launching an approved Windows Phone unlocking service as part of ChevronWP7 Labs. This will be available to developers across all skill levels and all regions.”

It remains to be seen how much support Microsoft is lending to the group and whether the two will work together to ensure that future operating system upgrades do not interfere with the jailbreaking. The group has worked together with Microsoft for a while, having visited Redmond back in January to discuss the future of homebrew, jailbreaking, and increasing security on the platform.  Regardless, this is a great attempt by Microsoft to make the Windows Phone 7 platform more enticing to those who want to dig into the internals of the device.