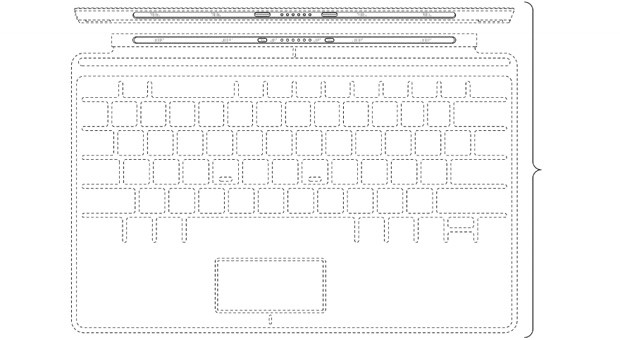 Earlier this month, the US Patent and Trademark Office posted up word on its website that Microsoft has been granted a patent on the case made for its Surface tablet design. Now the USPTO has decided that Microsoft's Touch Cover for the tablet should be given patents of its own.

Specifically, Microsoft's design of the Touch Cover itself was given a patent, along with the design of the magnetic base for the cover that allows it to quickly and tightly connect to the Surface tablet itself. Microsoft has made this magnetic bonding between the tablet and the Touch Cover the center of its two main Surface TV ads, including the Surface Pro commercial in February where dancers made lots and lots of connections between cover and tablet.

Microsoft has promoted the Touch Cover as one of the most unique features of the Surface, even though technically it can be bought as an optional accessory to the tablet. It will be interesting to see if Microsoft expands the Touch Cover and will release more versions of it in the months to come, or perhaps come up with an all new design for a future version of Surface.