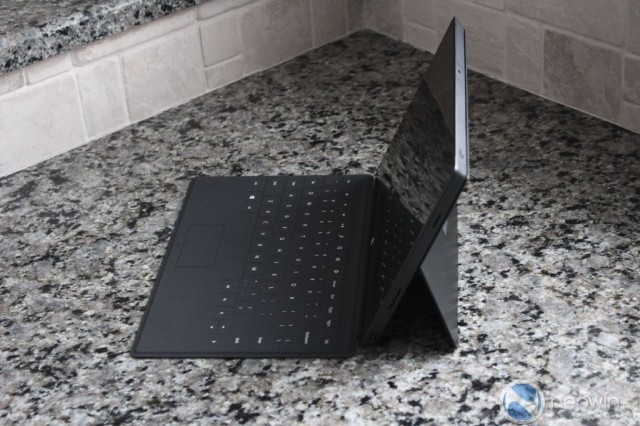 Microsoft's Surface team, lead by Panos Panay, have held a Ask Me Anything (AMA) session on Reddit today to talk mostly about the upcoming Surface Pro tablet. During the session, they referred to some future accessories for the Surface that tie into some new connections found on the bottom of the Surface Pro.

When answering a question from a Reddit user who asked what these mysterious connections are for, The Surface team replied:

Wow - I'm pumped you caught that - we haven't announced what they are for but they aren't an accident! At launch we talked about the "accessory spine" and hinted at future peripherals that can click in and do more. Those connectors look like can carry more current than the pogo pins, don't they?

This would seem to suggest that Microsoft might offer future add-ons such as a true laptop dock that would maybe add more ports to the tablet. It might also be used for attaching an extra battery pack which could extend the battery life of the Surface Pro, which currently lasts for about half as long as the Surface RT tablet.

Indeed, another Reddit user asked if Microsoft has any plans either an external battery or a keyboard that has an extended battery. The Surface team responded with this big hint:

That would require extending the design of the accessory spine to include some way to transfer higher current between the peripheral and the main battery. Which we did...

So far the only accessories for the Surface Pro are the Touch and Type covers, the included stylus and a limited edition Surface Wedge mouse.