Microsoft is holding a Hotmail specific event in New York on October 3rd. From the invite, it appears that Microsoft is looking to relaunch the service and may be overhauling everything we know about Hotmail. 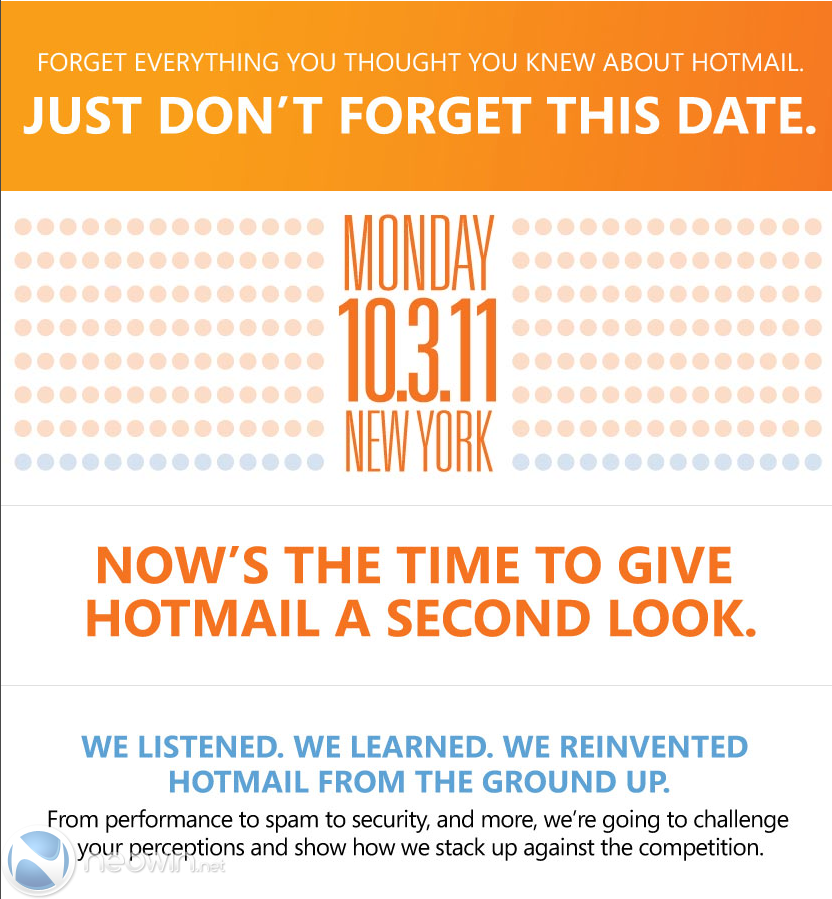 Microsoft clearly states that they have listened to user feedback and have reinvented Hotmail from the ground up. What all this means has yet to be discovered but it could possibly be Microsoft bringing HTML 5 and/or Metro to the Hotmail experience. The invite also states that more information will be released during the week of 9/19, so we may see a preview of the new product before the October 3 date.

Update: Microsoft reached out to Neowin to let them know it is not a relaunch of the service. They state, " this event is not considered a launch of a reinvented Hotmail. The event will include an intimate, honest discussion and new data linked to the reinvention that took place last year (plus updates since then), based on a lot of learning. You'll also hear about intriguing competitive perspectives and some additional news."