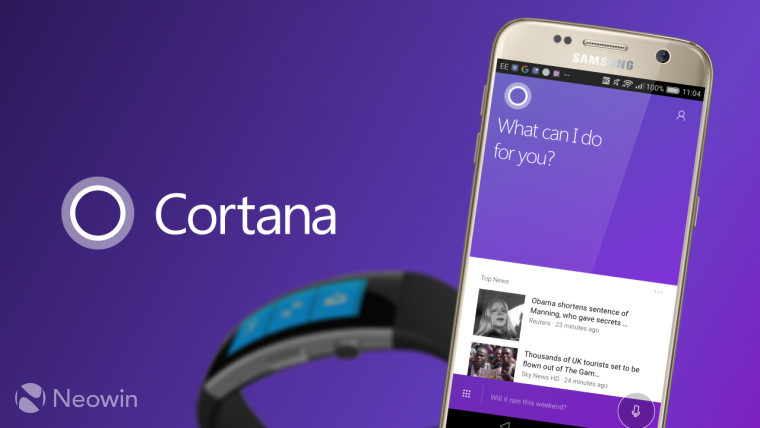 In June, Microsoft introduced a much-anticipated and highly requested feature to its Cortana app on Android, adding support for its Band 2 wearable device. The app for its digital assistant originally made its way to Google's OS in late 2015, but owners of the Band 2 had to wait a while longer before they could use the device with Cortana on their Android devices.

Now, just seven months after that feature was added, Microsoft is ending support for it.

The 'what's new' release notes for its latest Cortana update on Android, published on its Google Play Store listing, don't refer to the change:

However, right at the bottom of the app's description - a summary of its key features on Android - there is an important note:

Using Cortana with Microsoft Band 2 is no longer supported in Cortana app version 2.1.5 and later for Android.

Microsoft stopped selling the Band 2 in October, and there are no indications of any plans to replace it with a new device. At the time, Microsoft said in a statement to ZDNet's Mary Jo Foley:

We remain committed to supporting our Microsoft Band 2 customers through Microsoft Stores and our customer support channels and will continue to invest in the Microsoft Health platform, which is open to all hardware and apps partners across Windows, iOS, and Android devices.