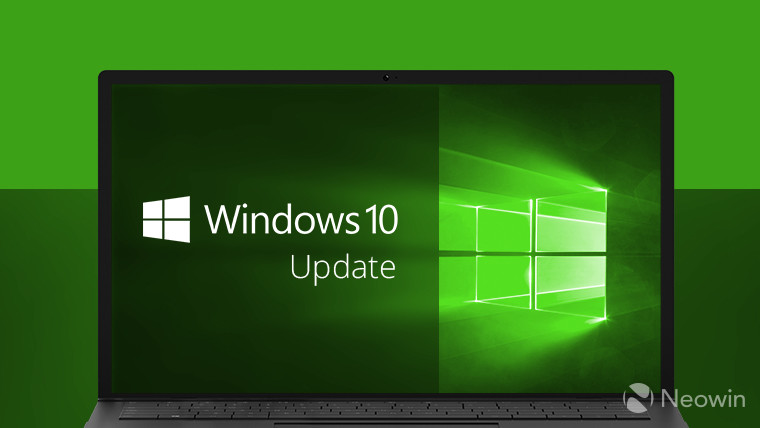 Sometimes it feels like every time I go to write an editorial about Microsoft, it's because the company did something wrong. It's definitely worth pointing out when the firm does something right though, and the changes to Windows Update announced this week definitely fall under that category.

First of all, Windows 10 version 1903 is going to spend a full month in the Release Preview ring, and that's good for everyone. You might recall that the last version of the OS skipped over Release Preview entirely, and the results were a disaster. The update ended up having to be pulled temporarily because a small number of people were finding that their files were being deleted upon upgrading.

Hindsight is 20/20, but the Release Preview ring is the only ring in the Windows Insider Program where everyone is upgrading from a production build to a build that's expected to go to production. This seems like a bug that could have been fixed with more testing, and Microsoft rushed it out.

But no more. More testing means a more stable update when it rolls out to non-Insiders.

Let's talk about "seekers" though, as that's what I was getting to. I have not been shy in my criticism of Microsoft's "seekers" method. Beginning with Windows 10 version 1803 a year ago, the company introduced the idea of "seekers", automatically assuming that anyone checking for updates wants the latest feature update.

Microsoft released versions 1803 and 1809 to seekers earlier than to everyone else. The only problem was that you might not be seeking out the update. On Patch Tuesday, you might just want your patch. If you're setting up a new PC, you might just want it to be up to date; you certainly don't want a feature update that could break your workflow, and both of those updates did have significant issues.

A key problem was that Microsoft was treating the Release Preview ring and people that hit the "Check for updates" button the same, and thinking of them as the same. But the truth is that one group of people explicitly opted into receiving beta software, while the other did not.

This concept is going away, and this is another thing that's good for everyone. Now, there's going to be a "download and install" button. Users will be notified in Windows Update when there's something new, and you'll be able to grab it if you're actually seeking it. If you just want your PC to be up to date, that's what "Check for updates" is for.

Microsoft has always been a bit pushy when it comes to Windows updates. You don't really get much control over them. Windows is a service now, and I think the idea was, originally, that your PC is just supposed to get updated without you ever knowing. It was supposed to be seamless.

That all goes out the window when you get a problematic update, and the truth is that this isn't what users want. Years ago when Windows 10 first launched, Microsoft spokespeople would say things like, "But that's how your phone works." There's a difference though; your PC isn't your phone, nor should anyone expect them to work in the same way.

Microsoft is making some other improvements too. Feature updates won't be forced onto your machine until the version you're running is near the end of support. Moreover, you'll be able to pause both feature and quality updates for up to 35 days, on both Pro and Home SKUs of Windows 10.

This is giving control back to users that they not only need, but deserve. Microsoft is finally respecting the Windows 10 user base, and this was absolutely the right move.