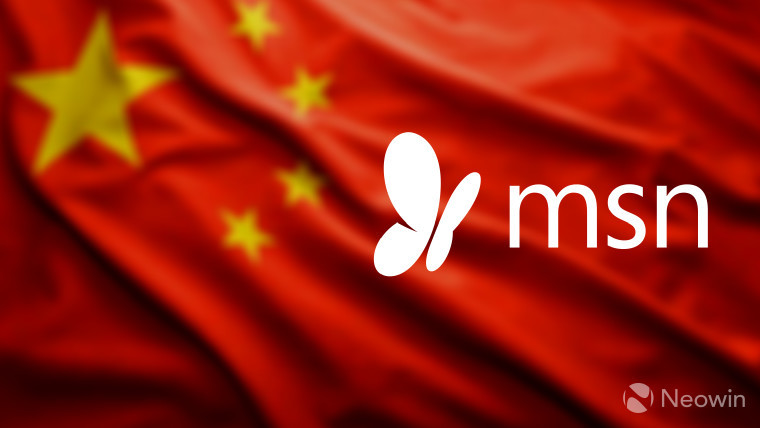 Microsoft has said that it will shut down its MSN web portal in China next month, in an effort to focus more of its efforts on Windows 10 software and services.

The announcement was made as a notification on the MSN China site, stating that it will close on June 7. As in other markets, the MSN site offers news and lifestyle content there, along with links to some of the company's most popular products, such as Outlook.com and Office.

In a statement to The Wall Street Journal, a Microsoft spokesperson said that the company remains "deeply committed to China, offering a range of products including Windows 10, cloud services, and hosting the largest research and development center outside of the US."

According to the WSJ, when the site closes, it will be replaced with an index of other China-based sites, along with a Bing search bar.

Last September, Microsoft announced that domestic search giant Baidu would be used as the default search engine and home page on Microsoft's Edge browser on Windows 10 in China. Under that deal, Baidu agreed to make it easier for users to update to the latest version of the OS in China, where Microsoft has been struggling to deal with rampant piracy of Windows for many years.