A couple of months back, Sony executive Jim Ryan stated that the company had rejected Microsoft's request for cross-platform play in Minecraft, because it has to be "mindful of our responsibility to our install base". Understandably offended by the comment, Xbox head Phil Spencer responded by saying that "we would never put Minecraft in a place where we felt that our players weren't safe".

Now, Microsoft has published a detailed blog post, explaining how it is making Minecraft safer for online players. 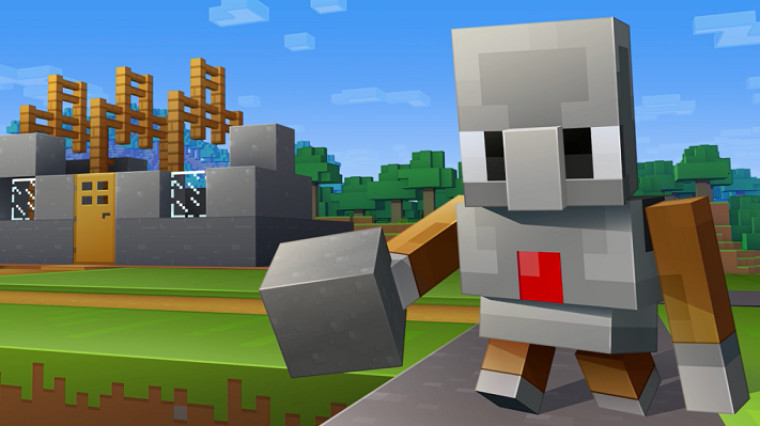 Microsoft states that starting with the Better Together update, players will need to sign in to Xbox Live services for online multiplayer, regardless of the device they are playing the game on. This will allow them to configure their privacy settings and multiplayer preferences, also enabling Microsoft's Enforcement team to take direct action regarding players against whom complaints have been lodged. Xbox Live sign-in will not be required for local multiplayer on the same network.

Players will also have the chance to add someone as a friend. However, if they find the person bothersome, they can mute, block, or report them instead. Microsoft cautions that extreme cases of misconduct may result in a permanent Xbox Live ban or a console suspension. Chat filters are being introduced as well.

In terms of server moderation, volunteers from Microsoft's server partners will be keeping an eye out for any unacceptable behavior. Private messaging is also being removed to allow for more "thorough moderation across all parts of the server".

Microsoft notes that Xbox Live parental settings allow for more control as well, including blocking the ability to join multiplayer games or to communicate with other gamers. These settings will be disabled by default for children under the age of 13, who will also require their parents' permission to create an Xbox Live account in the first place.

The company has also detailed some tips for staying safe online, reminding gamers never to share their Xbox Live passwords or personal information, and that there is no way to get free Minecraft Coins or Marketplace content, regardless of what a stranger might tell them. Microsoft says that it welcomes all feedback related to the changes and Minecraft in general at its dedicated website.

Follow us @NeowinGaming for the latest gaming news updates!