Scott Guthrie, Executive VP, Microsoft Cloud + Enterprise has outlined the work and milestones that have been achieved by Azure over the last year. Azure is the cloud computing platform that Microsoft has been building to compete with Google and Amazon, and is the backbone behind products such as Office 365 and Dynamics. 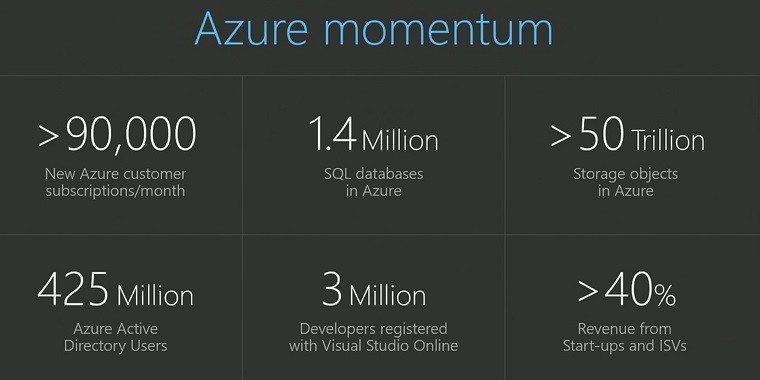 The focus this year is on the geographic footprint that Microsoft has built, with datacenters in 19 different regions and more than 1 million servers. They have detailed more than 500 service and feature releases over the last 12 months and are showing the rapid growth of Azure subscriptions, currently at 90,000 per month, and growing.

The Azure presentation this year really takes aim at Google and Amazon, highlighting the differences between Azure and their respective cloud platforms, as well as highlighting popular brands such as Samsung and the NFL that are running applications on Azure, although no details as to the scale of those specific applications was provided. 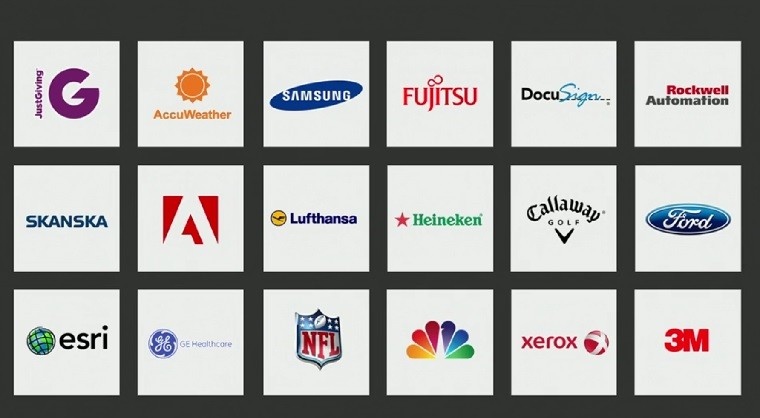 Another focus that Microsoft made when discussing Azure was both the Docker container system - used by enterprises to make application deployment and management significantly easier - and their open source initiatives, both with Linux support in the cloud and by releasing their .NET platform as open source allowing .NET application portability.

Clearly Microsoft has a winner with Azure, a fact that is reinforced by a look at their recently released financial numbers, and it was proud enough of those achievements to focus on its cloud offerings right off the bat during its Build keynote.