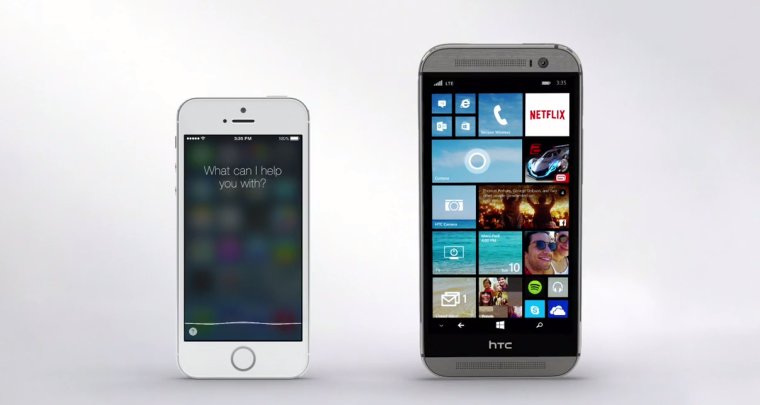 Microsoft has released another Windows Phone commercial that highlights how Cortana is better than Siri. The thirty-second spot is likely destined for the cable networks, much like its predecessor, and will likely be a staple during the upcoming NFL season.

Microsoft has once again fired up its Windows Phone marketing machine and has begun to release new commercials for the platform. Since Windows Phone 8.1 is now, mostly, available for those with Windows Phones and new devices ship with the updated bits, the timing is appropriate.

The commercial also puts the spotlight on HTCs new device, the One M8 for Windows; we published our review of the device here.

Microsoft is constantly improving Cortana and has committed to pushing out updates twice a month for the platform. Because of the way Cortana is built, Microsoft is able to easily update her capabilities without having to release new firmware for your phone.

You can take a look at the commercial near the top of this post but we do wonder if Microsoft has any plans to go after Google Now. Seeing that Android has a much larger market share than iOS, it seems like a logical target too.

It is worth pointing out that in only a few days, the iPhone showed in this ad will be outdated and replaced by a new model.