Microsoft India has responded to Facebook's Free Basics initiative during the Net Neutrality debate currently surrounding it. Free Basics is Facebook's initiative at providing free internet-based services to those who wouldn't have otherwise been able to afford internet access. 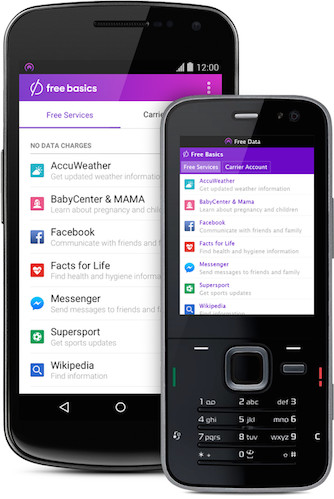 There is currently a Net Neutrality debacle surrounding the service, as many argue it is not net-neutral, as it allows those who offer their services for free on the programme a better chance than those who don't.

During an interview with Economic Times, the Chairman of Microsoft India, Bhaskar Pramanik said:

I don't think what Facebook is doing is about net neutrality; it is about helping first-time users get on the Internet and they should call it that. But to muddy it and say that it is also net neutral doesn't make sense.

Further on from that, Pramanik went on to agree with what Facebook is trying to do, saying that Microsoft agrees with Net Neutrality:

We believe in net neutrality; we believe that the Internet should be free of any constraints ... that was the whole intent of the Internet.

Pramanik explained that, if a company or organisation is still paying for the service, then it isn't truly free as well as limits those who are not part of Free Basics and don't pay for people to be able to access their service:

Somebody is paying for it. And the problem then is that if the operator or a service provider has the right to pay for it, then it limits smaller or any other organization (not part of Free Basics)

Earlier this week India's telecoms regulator told the mobile network that is partnered with the Free Basics programme to place it on hold - effectively putting a stop to Free Basics for the time being.