In a surprise announcement today, Microsoft has rebranded Bing Rewards to "Microsoft Rewards". Along with this, the company has also introduced new features and capabilities, opening the service to a larger set of people.

The program allows users to accumulate "credit" by utilizing Microsoft's services such as surfing the web using the Bing search engine or exploring daily offers. These credit points can then be used to get discounts on the company's products, and can even be used to purchase gift cards. 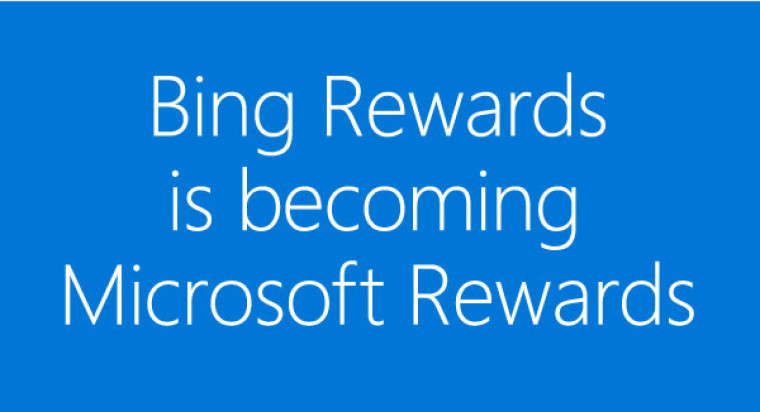 However, the rebranding isn't the only change being made in the service. In fact, Microsoft is making major changes to the service, including the ability to earn credit - now, simply known as "points" - via multiple new methods.

Prior to these changes, the program was only available to US citizens over the age of 13. However, the service is now available to people of all ages in the US. With that being said, the program is still limited to those living in the US, as new markets have not been announced. Furthermore, points can be accumulated via browsing using Edge, and through making purchases from the Windows and Microsoft stores. Member tiers have now also been renamed to Level 1 and 2; members who had enrolled in the Bing Rewards program get a free upgrade to Level 2 until October 31, 2016.

In addition, a single credit has been made equivalent to ten points, and Bing Rewards' credits will be automatically converted for previous members. However, the rewards that can be earned in the Microsoft Rewards program remain the same. Lastly, Level 2 can be achieved by earning 500 points each month - which is equivalent to a hundred Bing searches - which will allow users to save up to 10% when redeeming points for rewards for Microsoft products.