A few days ago, Microsoft released a beta version of its Bing Travel app for Windows Phone. Now the company is porting yet another of its Bing apps from Windows 8.1 to its mobile OS with the beta release of Bing Food & Drink. 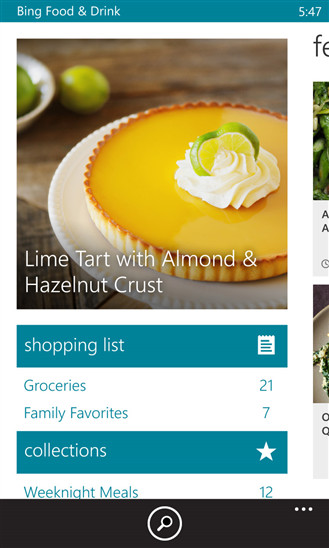 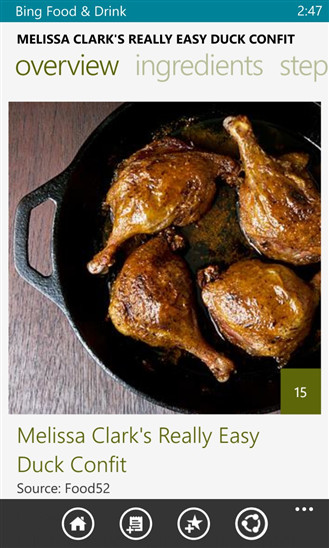 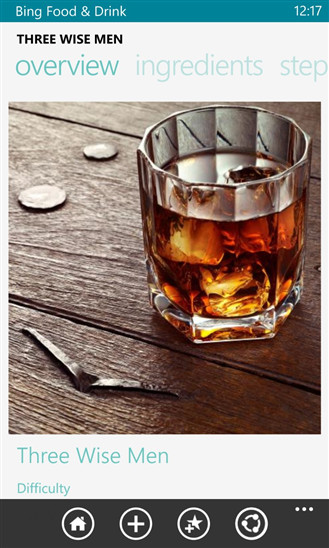 Like its big brother, the Windows Phone 8 version allows users to check out a ton of food recipes, along with guides, such as how to select the best wine or cocktail for a perfect meal. Both versions of the app can be synced with each other, which means that users can create a shopping list in the Windows 8.1 app and then view the same list as they go to the grocery store on Windows Phone. The app also supports sharing of recipes, shopping lists and food collections with others.

This new addition means that six Bing apps have now made the leap to Windows Phone. Besides the recently launched Travel app, Microsoft ported the Bing News, Sports, Weather and Finance apps to WP8 several months ago.