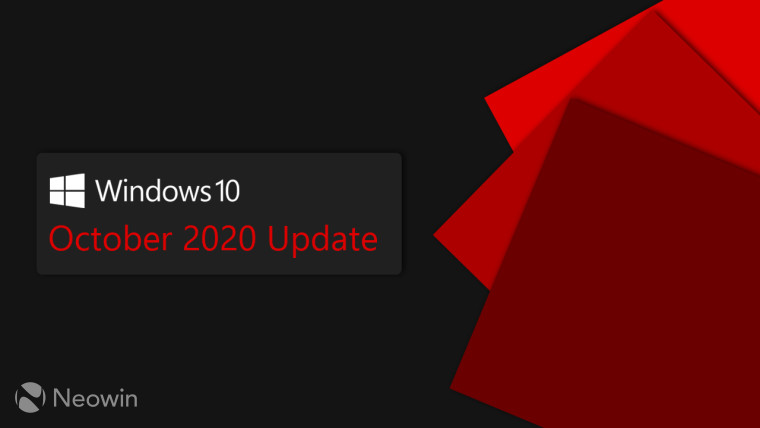 With the new way that Microsoft's Windows Insider Program works, it's been testing Windows 10 20H2 since June. That's because only the Beta channel is tied to an actual feature release now, while the Dev channel is in a perpetual state of prerelease. Now, the Windows 10 October 2020 Update is available for everyone.

First of all, there are some under-the-hood changes. For example, the version number is actually 20H2 with this update. Previously, Windows 10 would have a codename based on the half of the year that it was being released, and then it would be converted to a whole number like 2004, 1909, or 1903 shortly before release. The number was based on the year and the month that it was slated to RTM. That's gone now, as Microsoft will just stick with the codename.

Windows 10 version 20H2 comes in the form of an enablement package, so it's actually not adding any features to your machine. The features are already there; the package just lights them up and increases the build number by one. It's the same process that we saw with version 1909.

Obviously, it's not a major update, but there are some new features. This is actually the first version of Windows to ship with Microsoft's new Chromium-based Edge browser. Most have received it by now as an update through Windows Update, but if you buy a new PC with 20H2 on it, you'll automatically have Edge Chromium.

There's also a more refined Start Menu, which has a slightly modified design. It's meant to be theme-aware, so transparent tiles can show up in different colors and such. Also, the apps you'll find in the taskbar will change, at least for new PCs. Microsoft is aiming to customize the default pinned apps based on what kind of PC you're setting up; for example, a gaming PC will have the Xbox app pinned.

There are a few other minor features as well. Check out our roundup here. To get Windows 10 20H2, you'll be able to find it in Windows Update, but you'll have to opt in to installing it. Since it's just 20H1 with an enablement package, there shouldn't be any PCs blocked that weren't before; however, it is a staged rollout.