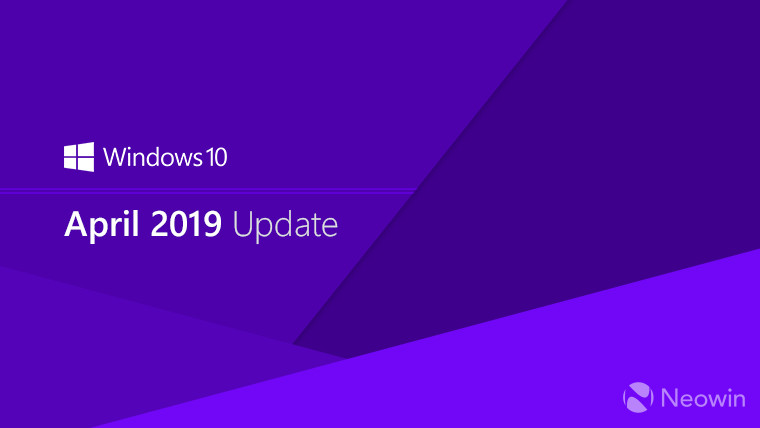 Just two days ago, Microsoft released Windows 10 build 18362 to the Fast ring. Today, the same build is being promoted to the Slow ring, so for the first time during the 19H1 development cycle, the Fast and Slow rings have the same build.

This is likely going to be the RTM build for Windows 10 version 1903, meaning that it's the build that non-Insiders will get when it rolls out to the general public. The timing is spot-on as well, as the 1903 version number indicates a March 2019 RTM.

Now that build 18362 is available in the Slow ring, the next step will be for it to be promoted to the Release Preview ring. You might recall that the Windows 10 October 2018 Update skipped over Release Preview entirely, and it did not go well. Various internal sources have said that this isn't going to happen again, and Microsoft is going to be a bit more careful after a couple of troublesome updates.

The Release Preview ring is dedicated to builds that are slated to go out to the general public. That means that everyone that gets version 1903 through this channel is upgrading from 1809, so it should be easier to stop bugs like the one where files went missing upon upgrading to 1809.

Windows 10 build 18362 fixes a couple of key issues, such as the Connect app crashing and Microsoft Store apps not updating automatically. The known issues left over include GSODs when running games that use anti-cheat software, Creative X-Fi sound cards not functioning properly, and Realtek SD card readers not working properly.

Microsoft says it's investigating the Realtek issue, although that can probably be fixed in a cumulative update. The Creative X-Fi issue should be fixed via a driver update, and the GSOD issue with some games like Fortnite still needs a third-party fix.