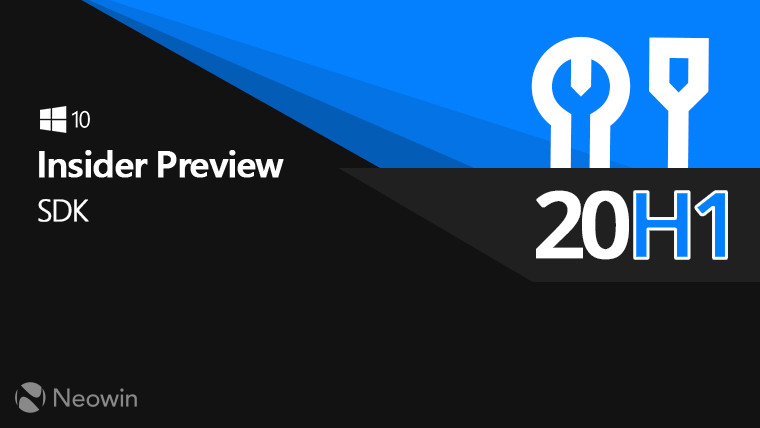 Also as usual, this new build of the SDK doesn't really bring anything new, and the changelog is exactly the same as the past few builds have had. Since these builds are for the 20H1 development cycle of Windows 10, so there is still a lot of time for features to be added between now and the general release of the update. We're also likely to hear a bit more about the future of Windows at Microsoft's event tomorrow, which could give us a glimpse at some upcoming features.

In addition to the SDK, Microsoft has released the corresponding builds of the Assessment and Deployment Kit (ADK), Windows Driver Kit (WDK), and Hardware Lab Kit (HLK). The SDK itself can be found here, and you'll want to keep in mind it only works with Visual Studio 2017 or newer, and you'll need to be running an Insider build to use it.