Microsoft Research isn't all about releasing game changing products, sometimes the division of Microsoft likes to have some fun. That's certainly the case with a new and free app for Windows Phone users. It's called Face Swap and it is now available to download via the Windows Phone Marketplace. 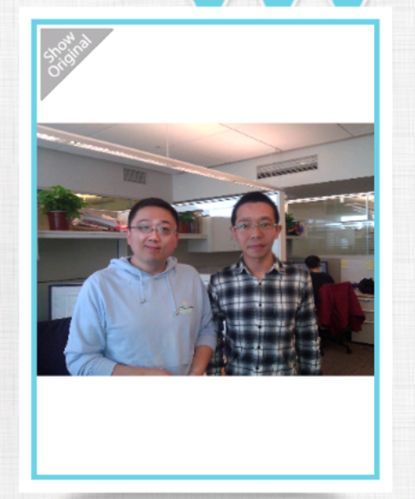 The app uses photos from your Windows Phone gallery that has two or more people in it. Once you load up the photo into the Face Swap app, all you have to do is simply shake the Windows Phone device. The app then switches the faces on the pictures to other people's bodies.

Naturally these new and weird combinations of faces and bodies in the photo can be shared instantly to a person's Twitter or Facebook account. The Face Swap app sounds like it would be a lot of fun to use during a party with lots of people everywhere.

This is just the latest app from Microsoft Research that has been released for Windows Phone users. You can also download a number of other apps Microsoft over at the Windows Phone Marketplace.