Today, Microsoft announced Sets, a new feature coming to Windows 10 that will allow users to group apps into various tabs, similar in the way that you have different tabs in a web browser. The new feature will only work with UWP apps, at least at first.

Users will be able to make multiple Sets, so you can have one window with tabs for one project that you're working on, and another window for a separate project. It's almost like virtual desktops, except it's not virtual desktops.

The name is still a work in progress, so don't be surprised if it's called something else when the feature update is released in March. Sets should arrive in an Insider Preview over the next couple of weeks. 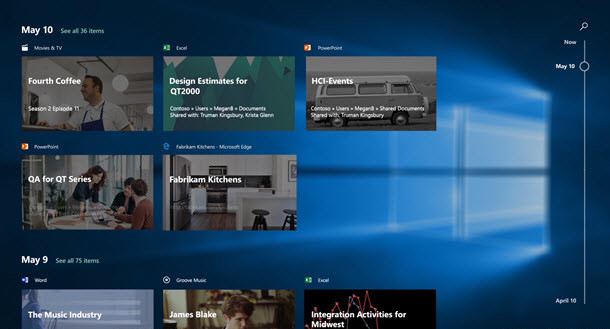 Another feature that's coming soon is Timeline. This is something that the company announced back in May at its Build 2017 developer conference, and many expected it to show up in the Fall Creators Update. Luckily, the wait for Timeline is finally over.

Timeline allows you to "jump back in time", so you can find files, apps, and websites that you were working on previously. This should show up in the next Insider Preview build, possibly today.

Microsoft also noted in its announcement that it's going to be A/B testing entire features, including Sets. It's done this before on a smaller scale, such as when it renamed Photos to Story Remix, but now, when you install the latest Insider Preview, it's entirely possible that you won't get the latest features to test.

Typically, when there's a new feature update on the way, Microsoft holds an event to talk about what major new features will be included in the update. Since Redstone 4 is already well underway, this announcement may be what we've been waiting for. Either way, Insiders should be in for some exciting new features over the next few weeks.