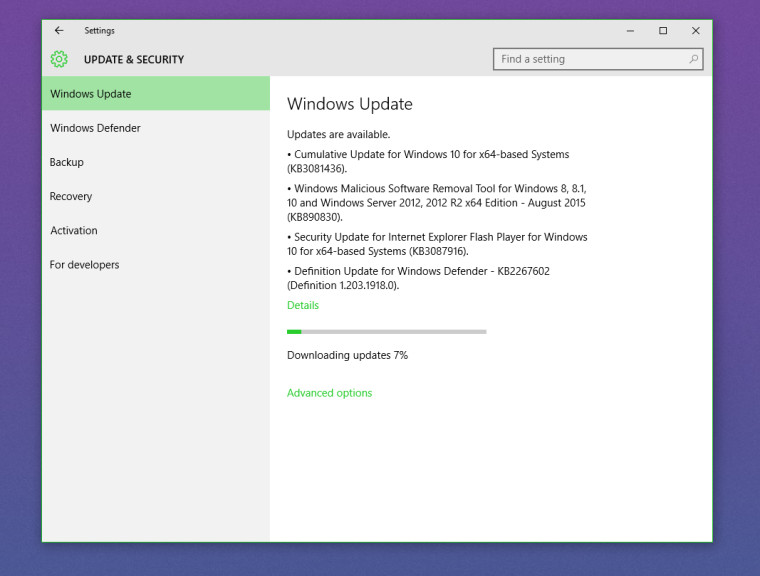 Less than a week after Microsoft released the first cumulative update to Windows 10, they have pushed out another cumulative release via Windows Update. At this time, it is not known what this release includes - but many users will be hoping that it contains a fix for issues that were causing some machines to enter a reboot loop while trying to install the first update.

This particular update is KB3081436 and you can find the support page here and the update log is posted below.

Seeing that Microsoft is moving to a service model for the OS, this type of update should be somewhat frequent as they will more proactively update the core OS, instead of releasing major service upgrades every few years. Seeing that two updates have come in less than a week, we will be curious to see if the company continues to patch the OS with non-security related updates regularly.

You can download the update now and while we did not have any issues installing the bits, let us know if you encounter any problems with the installation.