Back in June, Microsoft rolled out an all-new Skype app for iPhone, with more than a few Windows Phone-style design cues. But since then, Apple has released a pair of much larger iPhones - the 6 and 6 Plus - and while the app has continued to run just fine on both of them, the UI has remained somewhat imperfect, being 'stretched' to fill the new display sizes.

But there's good news for Skype users among the millions of people who have already bought one of the new iPhones, as Microsoft is rolling out a new version of the app with improvements specifically for these devices. 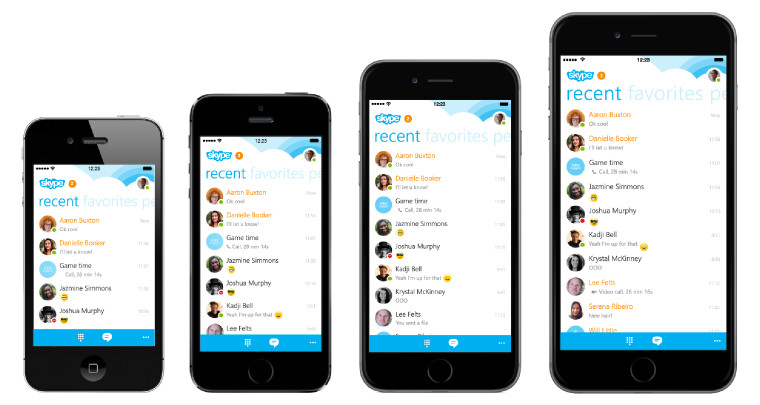 Skype 5.6 for iPhone now has a properly scaled UI that is optimized for these new larger handsets, and which will continue to work equally well on the older 3.5- and 4-inch models. Microsoft says that on the iPhone 6 and 6 Plus, the app now "displays more of your recent chats and shows more messages in conversation view".

As with the previous release, the latest update also includes features that work with the new extensions in iOS 8, although the app will run on iOS 7 too.

The release of Skype 5.6 for iPhone follows the announcement earlier this week of Skype Qik, a new short-video messaging app for Windows Phone, Android and iOS.