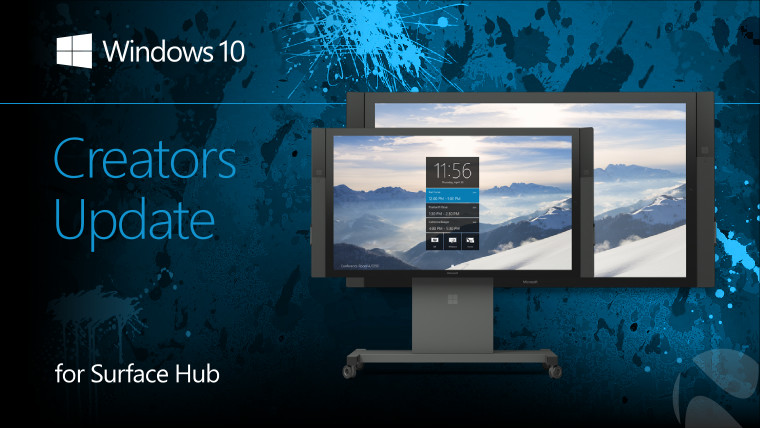 In March, Microsoft revealed some of the improvements coming to Windows 10 Team, the specialized version of the OS designed for its Surface Hub collaboration device. Today, Microsoft announced that it has started rolling out the Windows 10 Team Creators Update, including the enhancements it previously revealed, along with some additional improvements and new features.

"The Creators Update is the culmination of months of listening to feedback of our best customers and includes a litany of great features and tools to help teams better create," Microsoft's Ryan Gavin said today.

Microsoft explained: "This essentially turns Surface Hub into your personal Windows 10 device, and allows you to navigate quickly to Office 365 apps and cloud-saved content including:

Integration with Microsoft Teams, which can be accessed today via the Edge browser"

The Creators Update also brings audio improvements to the Surface Hub, with optimizations for human speech developed in partnership with Dolby. Microsoft said that it had additionally improved the Miracast experience "to make it faster and more reliable".

"Skype controls have been simplified too," Microsoft added, "making it quicker and easier to call, message and share content with remote participants. Now you can easily scroll through the scheduled meetings on the welcome screen with the new meetings carousel and see who’s been invited to each meeting before you join."

On top of that, Microsoft also outlined security and privacy improvements for the Surface Hub in the Windows 10 Team Creators Update:

And in mid-June, Microsoft will update its Whiteboard app for the Surface Hub, bringing "intelligent digital inking, geometry recognition, table conversion, and automatic table shading." After the update is released to the Surface Hub, Microsoft plans to bring the Whiteboard app to other Windows 10 devices "later this year... with exclusive capabilities for Office 365 subscribers."

You can get a further overview of the new features in the Windows 10 Team Creators Update in the video below: