If this article's headline has given you a sense of déjà vu, it's not just your mind playing tricks on you. In June 2015, it emerged that Microsoft had sold just 100 Xbox Ones in Japan in an entire week, while the PlayStation 4 had sold 10,800 during the same period.

Unfortunately - for Microsoft, at least - things don't seem to be getting any better for its console in Japan. The latest figures compiled by the same source, Media Create, were published today by Japanese gaming site 4Gamer.net (as spotted by VideoGamer.com editor David Scammell), and they paint a similarly dismal picture for Xbox One sales in Japan. 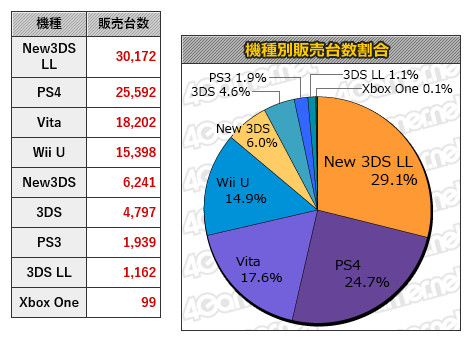 According to those figures, during the week of January 11 to 17, Microsoft sold just 99 Xbox Ones in Japan, while Sony sold a staggering 25,592 of its PlayStation 4 consoles in its home market. During the previous week, ending January 10, the Xbox One managed 293 sales, while over 36,000 PS4s were sold.

Assuming these data points are accurate, Microsoft's Japanese sales have barely moved since last year, while its biggest gaming rival has widened the gap between the two consoles by a huge margin. The Xbox One continues to be outsold in Japan by every other console from Sony and Nintendo, including the last-gen PS3 and 3DS.

The head of Microsoft Japan, Takuya Hirano, said in July that the company had no plans to withdraw its console from that market, adding: "Because of Windows 10, even the Xbox One has new features that we'll try to appeal [to Japanese consumers] with. We want to have an even higher quality line up of titles than now."

It remains to be seen how much longer the company will continue trying to entice Japanese consumers to buy its Xbox One, given how little demand there seems to be for its console there.