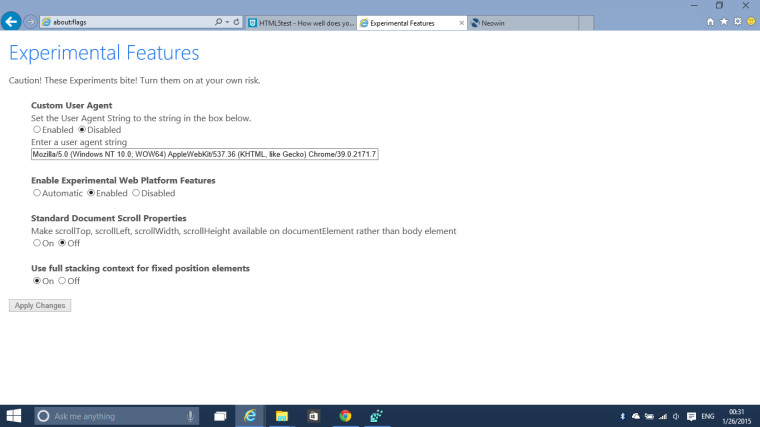 Microsoft is working on a brand new web browser for Windows 10 called Project Spartan, that will replace Internet Explorer as the default when the new operating system launches later this year. In order to make Spartan a modern experience, the IE engineers have built an almost entirely new engine called EdgeHTML.dll, that is faster and more compatible with new standards.

"Unlike playback of a single file, adaptive streaming allows Web developers to host multiple bitrate versions of a single video on their server, and then author an intelligent client that dynamically switches between these versions during playback."

Depending on your bandwidth, the two protocols can be used to dynamically adjust video quality, unlike websites like Youtube or Dailymotion which can force a specific setting. This ensures that there is no buffering or stuttering when you play a video, which is frustrating especially for users on unstable connections.

This is part of the work that Microsoft is doing to make Spartan a modern and nimble browser. Lots of legacy code has been removed, and it has a new UI that the company says will work well with both touch and keyboard and mouse. There IE team also plans to add Chrome-like extension support, which will further enhance user experience.

If you want to try out the new adaptive streaming support, you can do so right now if you have the January Technical Preview of Windows 10 installed. As you can see in the image above, you need to type about:flags in the address bar of Internet Explorer, and enable "Experimental Web Platform Features".

The IE team recommends the following websites for testing: