It's been a little over a month since Microsoft officially introduced the world to the Lumia 950 and Lumia 950 XL. As Microsoft preps a global launch of the handsets, the United States is still left without a release date or an official means to preorder through Microsoft's website. Interestingly, it looks like Microsoft could be readying a price reduction in the US, similar to that of the UK. As the price of the Lumia 950 XL fell momentarily earlier today. 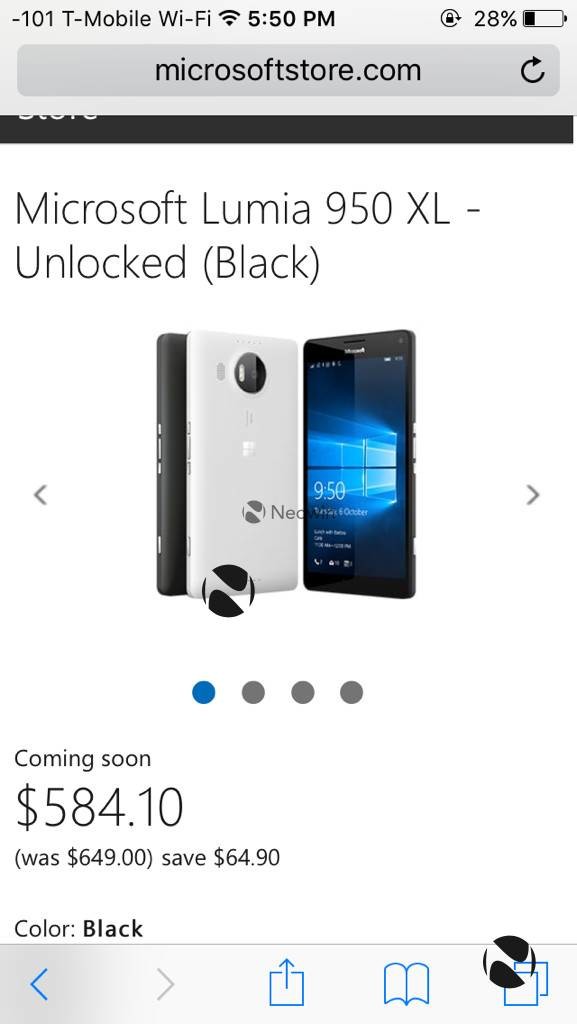 Although the ability to preorder is not currently available on the US Microsoft website, it looks like there might have been an anomaly in the system, as pricing for the Lumia 950 XL was reduced from $649.00 to $584.10. Naturally, this could have just been a simple mistake, as the pricing cannot be duplicated as of this moment.

While it is still unknown when the Microsoft Store will begin the sale of the Lumia 950 XL, there is the possibility that there may be a special price drop for those in the US, when the handset finally arrives.

Thanks for sending us the tip moongu!