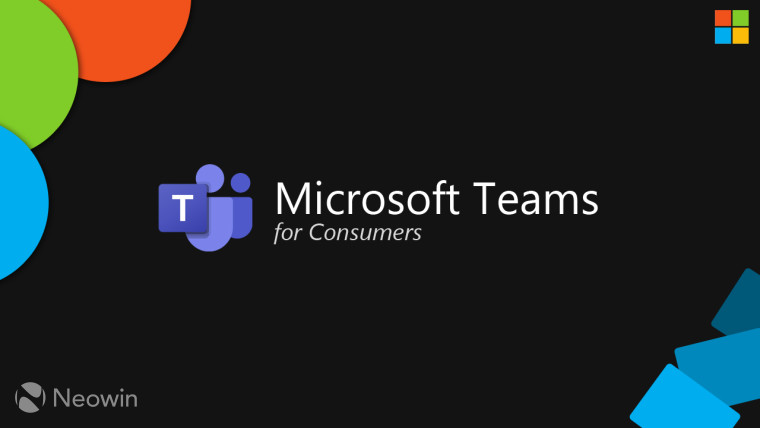 Microsoft announced Teams for consumers back in March along with Microsoft 365 Personal and Family. The new version for consumers lets users link their personal accounts to Teams and use the app to collaborate with and manage personal contacts through features such as shared files, task lists, and more. Today, the company announced new features to the app that brings more consumer-facing features. The features are rolling out in preview for Android and iOS users.

The company says that it aims to make Teams a “central hub for individuals, groups, and families to collaborate and stay connected and organized”, negating the need to use multiple apps to collaborate and manage work and personal lives. The features coming to the app include text, chat, and video calling with personal contacts, a unified dashboard for groups and one-to-one chats that summarizes a list of shared items such as task lists, calendars, media, and more, file and location sharing, and a Safe to store and share important information with the family.

First up is the text, chat, and video calling features. As the name suggests, these features let users chat with and call friends and family members through one-to-one or group calls. These chats can be used to share files, media such as photos, videos, GIFs, and even location. These options make it a more informal experience, which the firm calls “fun features”.

In addition to the calling and chatting features, the app includes a dashboard for both, one-to-one and group chats. The dashboard serves as a unified location to share and view lists, user locations, events in the calendar, and more. Members of a group can also assign tasks to other users in the lists in the dashboard. The company says that it is a “great way to pick up conversations or projects where they left off”. The dashboard is more useful for groups, but the addition of media history will also benefit one-to-one chats.

Since Teams ties in with Microsoft 365 apps, users can also share Office documents such as Word and Excel files directly to groups or contacts. These files can also be accessed across devices as they are stored in OneDrive. The app lets users share their current location with the groups.

Lastly, the app is also getting a Safe feature which is a secure location to store and share sensitive information such as Wi-Fi passwords, login information, or more. Content in the safe can be shared with groups and is end-to-end encrypted.

These consumer features are gradually rolling out in preview to Teams users on Android and iOS. Those that use Teams can add their personal Microsoft accounts via the settings in the app. Others can download the app and try signing up with their personal account. However, since the consumer features are still in preview, not everyone will be able to sign up without a work account already set up.

The Redmond giant says that it plans to make these features generally available later this year, including for the web and desktop clients.